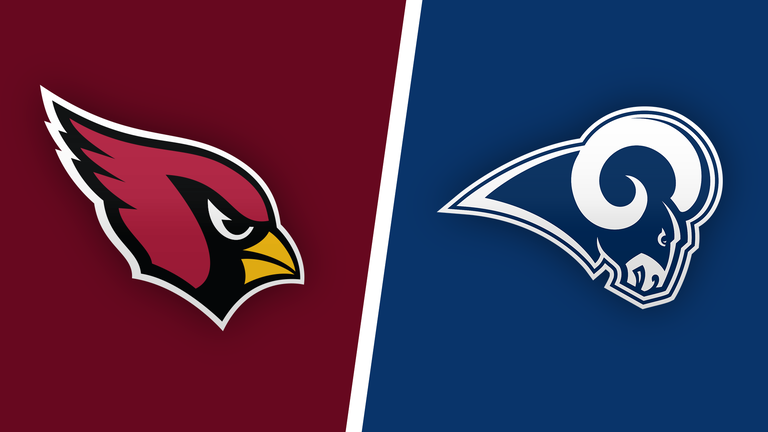 The NFL betting action continues Sunday, October 3, 2021, with the NFC West showdown from SoFi Stadium in Inglewood, California, so we bring you the best Arizona Cardinals vs. Los Angeles Rams betting pick and odds.

The Rams are undefeated in their last eight meetings with the Cardinals. They are listed as 4.5-point home favorites for Sunday’s clash, while Arizona is a +190 moneyline dog with a total of 54.5 points on BetDSI Sportsbook.

The Cardinals hope to finally beat the Rams

Not only have they lost eight straight games against the LA Rams, but the Cardinals haven’t covered the spread in that span either, earning a push as 7-point road dogs in 2019. This time around, the Arizona Cardinals are 3-0 straight up and 2-1 ATS on the season, looking ready to put on a fight against the in-form Rams.

Last week, the Cardinals easily outlasted the Jacksonville Jaguars as 8-point road favorites, 31-19. Kyler Murray tossed for 316 yards and an interception while scoring once on his own. James Conner had 11 totes for 43 yards and a pair of touchdowns, though the Cardinals’ ground game hasn’t impressed with 3.0 yards per carry.

The Rams made a statement in Week 3

The Los Angeles Rams (3-0; 2-1 ATS) are coming off a 34-24 home victory over the Tampa Bay Buccaneers this past Sunday. They outplayed the reigning champs and fully deserved to win as 1-point underdogs.

The Rams allowed only 35 rushing yards to the Bucs while carrying the ball 24 times for 76 yards. Matthew Stafford threw for 343 yards and four touchdowns; Cooper Kupp had nine receptions for 96 yards and a couple of touchdowns, while DeSean Jackson added three catches for 120 yards and a TD.

I’m backing the Rams to extend their dominance over Kyler Murray and the Cardinals. Their run D is allowing only 92.7 yards per contest, and the Rams’ front seven should torture the Cardinals’ offensive line all day long.

Kyler Murray is 0-4 straight up and 0-1-3 in four starts against the Rams. He’s averaged only 187 passing yards per game in that stretch to go with a total of five touchdowns and four interceptions. Murray will be under huge pressure, as well as the Cardinals’ defense. With Matthew Stafford under center, the Rams’ offense looks terrifying.

I would stick with the hosts to cover, though this NFC West clash promises a lot of points even though the Rams are one of the best defensive teams in the league. The over has hit in the Rams’ last five games at any location, but the under is 8-0 in the Cardinals’ last eight showings on the road.

The visitors will probably have to lean on their passing game, and the Cardinals receiving corps is loaded with talent. On the other side, I would be surprised if Arizona manages to slow down the Rams who have scored at least 30 points in seven of their last eight meetings with the Cardinals.