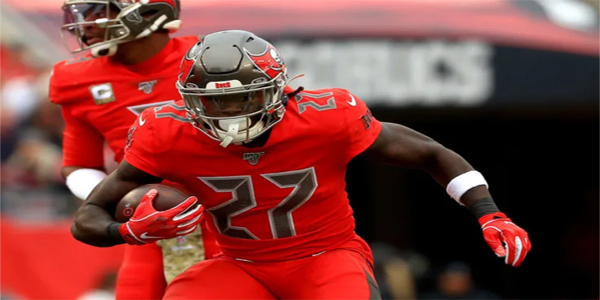 Those customers who are signed up through BetOnline will have the opportunity to take their pick of over a thousand Super Bowl props for the Big Game. They covered just about every situation one can find oneself in, and one of those situations involves what will happen right at the outset of this contest.

Specifically, there is a prop covering what the first offensive play from scrimmage will be in Super Bowl 55.

And it is very simple: either a pass or a run, and the price is-114 on either.

Maybe the most appropriate thing to do is to go over the tendencies of these two teams. While they both have serviceable running backs, they both gravitated heavily toward throwing the football.

Kansas City has put the ball in the air 61% of the time this season. Tampa Bay has thrown it 62.9% of the time. The Bucs finished 29th in the league in rushing attempts.

Both of these teams have running backs who have accomplished great things in this league. Tampa Bay picked up Leonard Fournette, who was let go by the Jacksonville Jaguars early in the campaign. And the Chiefs grabbed Le’Veon Bell, at one time a dominant force, cut by the Jets, who could not figure out what to do with him.

We would admit that Andy Reid hasn’t done a whole lot with him either; he’s had 76 touches on the year, 63 of those as a running back, and has averaged a fair-to-middling four yards-per-carry. He will not be the primary running back in the Super Bowl, as that distinction will either go to rookie Clyde Edwards-Helaire or Darryl Williams.

Ronald Jones started out this season like he was on his way to the Pro Bowl for Tampa Bay. He still wound up with 978 yards and averaged a little over five yards per carry, but he found himself being used less as the season progressed. At this point in time, it looks very much like Fournette will be the back who gets the most snaps in this Super Bowl game.

BetOnline customers should expect the ground game to be more of a part of the Tampa Bay offensive strategy then it would be for Kansas City. But that’s another discussion for another story. The question is, what will that first-down call be?

When these two teams met in Week 12, they went way above their regular tendencies in terms of the pass – run balance. Tom Brady, whose team got behind 17 – 0 very early, threw the ball just under 76% of the time. Patrick Mahomes threw the ball on 72% of Kansas City’s downs.

By the sheer numbers, the – 114 figure represents a percentage of 53.3% either way. Obviously you can adjust for the first-down situation and that one team’s game script may call for it to run a little more. Our bet on that one would be the Buccaneers.

But look at what these teams do on first down. The Bucs have thrown the ball 76.7% of the time, which is highest in the NFL. The Chiefs attempted a pass on 72.2% of their first down plays.

So in terms of value, we would have to say that, regardless of how the tendencies may be adjusted for, you have to be getting the best of it going with the “PASS” option here.

Hey, what about that “Quick Kick” option?

Surely there are crazier things to bet on for the Super Bowl.

And speaking of that, you’re going to find those out-of-the- box options at BetOnline, where they make it fun to watch the Super Bowl like no one else can…… ….. And you can do live betting to keep yourself in the action all the way….. They give you the opportunity to be involved with a couple of contests as well, and there is still time to enter – the Score Predictor and the Props Predictor can each give you the opportunity to garner your share of a $5,500 prize……. They offer so many ways to open up an account, including cryptocurrencies like Bitcoin, so there is no reason you can’t be knee-deep in the activity by the time they kick things off!