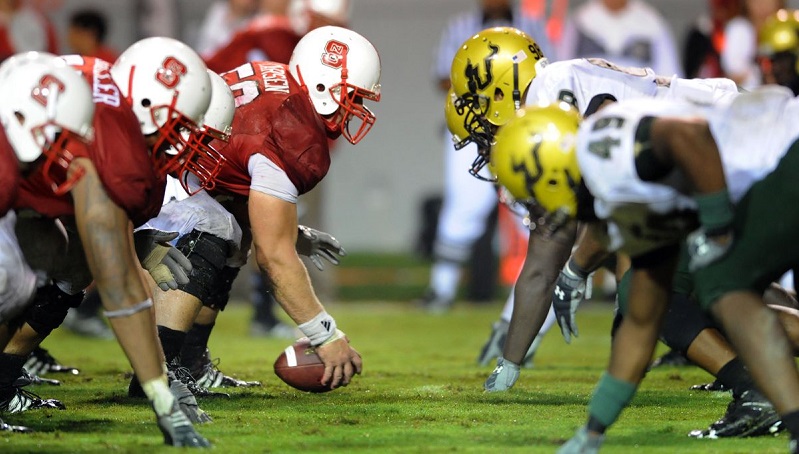 The North Carolina State Wolfpack look to build off a successful 8-4 2020 season when they welcome the South Florida Bulls on Thursday. South Florida opened last season with a victory, then lost eight of their next 10 games, finishing 1-8-2.

North Carolina State is favored by 18 points (-110) at most sportsbooks. The Wolfpack and the Bulls have played each other just one time, when NC State defeated them on September 13, 2014, 49-17.

Only Way to Go Is Up for Bulls

After a disheartening one-win season, South Florida has to feel like the only way they could go is up. However, this is not an easy schedule for the Bulls as they open with NC State, then take on Florida, Florida A&M, before closing out the month with BYU. A 1-3 start could easily be the case for this team.

Last season, South Florida struggled on offense, despite averaging 365 yards per game. The 23 points per contest were simply not enough, but 10 starters are expected to return. Add in North Carolina transfer Cade Fortin and this offense has a chance to be something special. It will be the passing attack that needs to greatly improve, and Fortin must prove to be the answer.

A huge key for the Bulls is going to be the offensive line. They provided absolutely no protection for their quarterback last season, and are going to have to step things up, not only protecting Fortin, but also creating room for Kelley Joiner. He only needs a small seam to create some big runs, so they have to be able to maintain blocks for that extra split second.

Wolfpack Will Be on the Prowl

North Carolina State closed the regular season with four victories to earn a bowl bid, where they lost to Kentucky, 23-21. However, this was an outstanding season for the Wolfpack who have a chance to do something special this season as well. With the exception of a September 25 battle against No. 3 Clemson, an October 23 battle against No. 14 Miami, and a November 26 game against No. 10 North Carolina, the schedule looks good, and this team could very well win nine, maybe even 10 games.

The 2019 season was a rebuilding year for the Wolfpack, but they rebounded well last season, averaging 385 yards and 30 points per game. The one challenge will be replacing Bailey Hockman at the quarterback position, as he left for Middle Tennessee. Ben Finley and Devin Leary will battle for the starting position, and it may be a game time decision before the coaching staff decides who will start this game.

Four starters return for the offensive line, but there will be some shifting. Grant Gibson will remain at the center position and he is one of the best in the conference. That is good news for Zonovan Knight and Ricky Person, each of whom are fast, big backs who could have breakout seasons.

Both teams have some question marks at the quarterback position entering this contest, but North Carolina State has the far better unit overall. Plus, the combination of Knight and Person takes some pressure off whoever starts for the Wolfpack, which should allow this team to move the ball and dominate in the trenches.

I worry about the South Florida defense. They are not up to a team like North Carolina State, and this could get ugly early.

I think a total set at 59.0 is far too ambitious. This is a solid Bulls offense, but they are facing a solid North Carolina State defense as well. It will be the Wolfpack who will have the most success on offense, and they have an All-American punter who will be creating long field situations for South Florida all night. For those reasons, 59 points seems like a stretch.