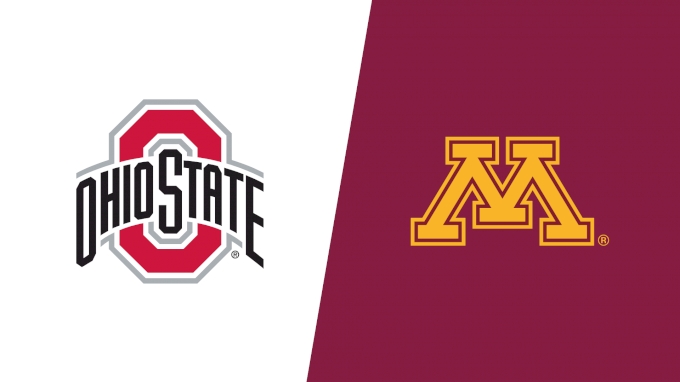 The Ohio State Buckeyes will be looking to earn another trip to the national playoffs when they travel to take on the Minnesota Golden Gophers to open the Big10 season. Ohio State finished the regular season undefeated, 7-0, but were handily defeated by Alabama in the playoffs, 52-24. Minnesota finished 3-4 last season, with five of their games canceled.

Ohio State is favored by 14 (-110) currently at most online sportsbooks. These teams played three times in the last seven seasons, with Ohio State winning the last two, including a 30-14 victory back on October 13, 2018.

The Buckeyes came one game within winning the title, taking the early lead against Alabama before falling, 49-28 in the championship game. Two years ago, this team made it to the semifinals before losing, so the trajectory has them winning this year. This is a schedule that looks amenable to that type of record, as No. 11 Oregon on September 11 is the only real challenge for this team in the first six weeks.

The Buckeyes averaged 519 yards and 41 points per game last season, but they will have a new quarterback under center this year as Justin Fields heads for the NFL. That puts CJ Stroud on the hot seat as the guy this season. However, watch out for Quinn Ewers who came out of high school early and had a number of reps with the team in the spring.

Whoever is under center, there are some serious weapons here starting with Chris Olave who opted to return for his senior season. He made 50 catches for 729 yards and seven scores last season. Add to the mix is Garrett Wilson, who may be the most dangerous player on the field.

Minnesota Must Prove They Can Compete

Minnesota took a step backwards last season as the offense struggled to reach its 2019 potential. They also lost games to the more elite teams in the conference. The Gopher lost to Michigan, Iowa, and Wisconsin, demonstrating that they must prove that they can beat the big boys if they are going to be a challenger in the Big10. This is a schedule that is made for success early on, as eight of the first nine games are winnable for this team. However, they close with Iowa, Indiana, and Wisconsin, all ranked in the top 25 entering the season.

College football fans may not have heard much about quarterback Tanner Morgan, but he put together a sensational 2019 season. He was off last year, but who wasn’t? Morgan can complete 60% of his passes easily, and he should be a big factor in this team returning to its 2019 performance when they averaged 34.6 points per game.

What should really help this team is that it is not only a quality offensive line, but a deep one as well. This is the most stable this group has been since 2017, with all five offensive lineman healthy and they go two deep. That should help to keep Morgan upright, and he could have a huge season. Mohamed Ibrahim should also have a big season after rushing for 1076 yards and 15 touchdowns in seven games last year.

I must admit I like this Minnesota offense a lot. I look for Morgan to have a rebound season, it is just not going to happen in the first game of the year. Starting off against Ohio State, even if their quarterback position is a little questionable, is not the way to begin.

The Buckeyes have far too many weapons, and the Golden Gophers simply cannot measure up against that. I think they stay in this contest for two quarters, but Ohio State runs away with this in the third.

I will admit that 65.5 points for a total in the first game of the season is a lot. Offenses are usually not in a rhythm at this point, and it would make sense to go with the under. However, these are two teams that are going to score points. In fact, I expect both to score in the high 20s at the very least.

I would not be surprised to see both Stroud and Ewers see some time for the Buckeyes, and that will not be because the offense is struggling. It will be because both are having such a good game that the coaching staff gives each an opportunity to shine.