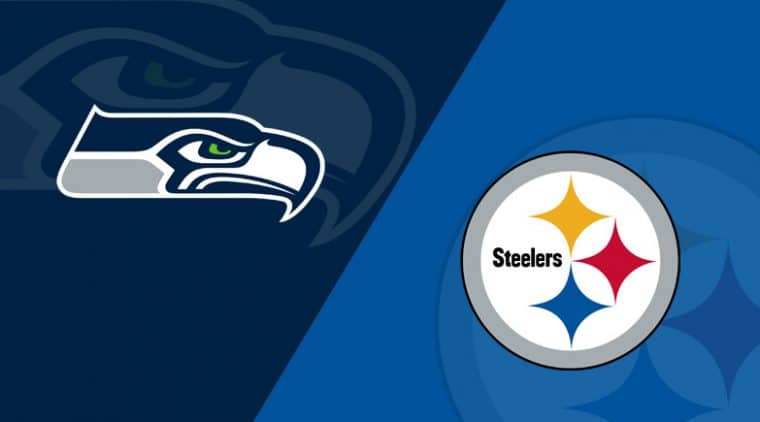 Week 6 Sunday Night Football brings the non-conference showdown from Heinz Field in Pittsburgh, so we have prepared the best Seahawks vs. Steelers betting pick along with the latest odds update on BetOnline Sportsbook.

Seattle has gone 2-0 SU and ATS in its last two matchups with Pittsburgh, but the Seahawks are 4.5-point road dogs for this one, as they miss Russell Wilson due to a finger injury. Wilson’s absence also affected the totals that dropped from 48 to 42.5 points.

The Seahawks will have to lean on Geno Smith

The Seattle Seahawks (2-3; 2-3 ATS) are coming off a 26-17 home loss to the Los Angeles Rams this past Thursday. They also lost Russell Wilson for at least five weeks, so Geno Smith will take over as the Seahawks’ starting quarterback.

Smith went 10-of-17 for 131 yards, a TD, and an interception in relief of Wilson, making his second NFL appearance since 2018. The former New York Jets’ second-round pick is 12-19 in 31 career starts, tallying a poor 30/37 TD/INT ratio throughout his career.

The Seahawks were without RB Chris Carson (neck) in Week 5, and he’s questionable to play Sunday in Pittsburgh. Seattle is racking up 104.0 rushing yards per contest (19th in the NFL) and desperately needs Carson back. The Seahawks also have some serious problems on the defensive side of things, giving up 25.2 points per contest (22nd) on 145.2 rushing yards (31st) and 305.6 passing yards (30th).

The Steelers aim for their second straight W

The Pittsburgh Steelers snapped a three-game skid last Sunday with a 27-19 home victory over the Denver Broncos. They finally surpassed a 20-point mark, while RB Najee Harris had the best game of his rookie season.

Harris had to leave in the fourth quarter due to cramps but should be ready for Week 6. He tortured the Broncos for 122 rushing yards and a TD on 23 totes. Ben Roethlisberger completed 15 of his 25 pass attempts for 253 yards and a couple of touchdowns, while Chase Claypool had five catches for 130 yards and a TD.

The Steelers kept the ball in possession for 33 minutes. They rushed 35 times for 147 yards, and the Steelers need to continue with this trend and take some pressure off Big Ben. Pittsburgh is scoring only 18.8 points per game (27th in the NFL) while averaging 73.6 rushing yards (31st).

I’m backing the Steelers to win and cover, as Russell Wilson’s absence will be too much for the Seahawks. Seattle’s offense will struggle to cope with the Steelers, who surrender 22.4 points (10th in the league) on 361.0 total yards per game (16th).

The Seahawks’ offensive line is a problem, as well as their defensive unit. The Steelers have struggled a lot on the offensive end through the first five weeks, so this seems like an excellent opportunity for redemption.

With the line at 42.5 points, the totals could easily go either way. I would be surprised if Geno Smith doesn’t throw at least an interception, and you never know when the pick will become a pick-six, especially with this Pittsburgh defense.