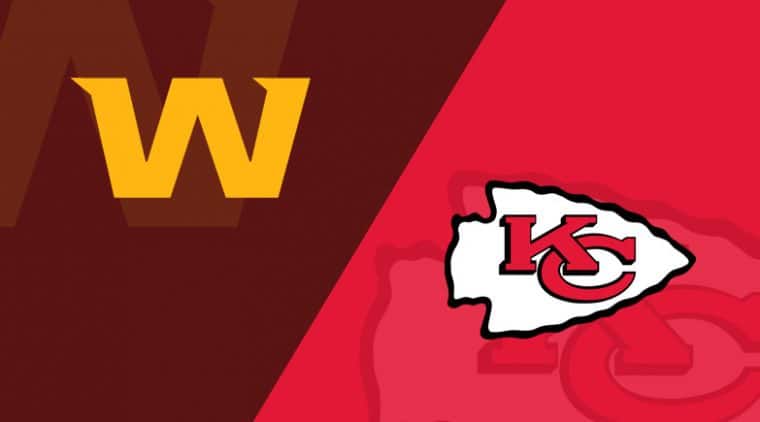 The 2021 NFL season goes on with Week 6 matchups on Sunday, October 17, including the non-conference showdown at FedEx Field in Landover, Maryland, so we’ve prepared the best Kansas City Chiefs vs. Washington Football Team betting pick and odds.

According to Bookmaker Sportsbook, the Chiefs are firm 7-point road favorites, while the totals are listed at 55.5 points. Kansas City meets Washington for the first time since 2017, and the Chiefs are undefeated in seven straight encounters with the former Redskins.

The Chiefs have to improve their defense

The Kansas City Chiefs fell to 2-3 straight up and 1-4 ATS following a heavy 38-20 home defeat to the Buffalo Bills in Week 5. It was another abysmal defensive performance from the reigning AFC champions, who are now yielding the most points per game in the NFL (32.6).

The Chiefs’ defensive unit has been pathetic so far this season, allowing 141.0 rushing yards (29th in the NFL) and 296.4 passing yards per game (also 29th). There are problems on the other side of the ball, too, as 21.7 percent of Kansas City’s drives end in an offensive turnover.

Last Sunday, the Chiefs turned the ball over four times. Patrick Mahomes tossed a couple of interceptions and lost a fumble as well, while Tyreek Hill caught just seven of his 13 targets while dropping a few easy passes.

The Chiefs are scoring 30.8 points per game (5th) on 128.2 rushing yards (7th) and 292.2 passing yards (5th). RB Clyde Edwards-Helaire suffered an MCL sprain in Week 5 and won’t play against Washington this Sunday.

As well as their next rivals, the Washington Football Team have struggled mightily on the defensive end so far this term. They are yielding 31.0 points per game (31st in the NFL) on 114.4 rushing yards (18th) and 293.4 passing yards (27th).

Washington dropped to 2-3 straight up and 1-4 ATS following a 33-22 home defeat to the New Orleans Saints this past Sunday. The Football Team kept it close for three quarters, but the visitors scored a pair of touchdowns in the fourth to seal the victory despite having fewer total yards (373-369) and 1st downs (26-18) than Washington.

Washington is scoring 24.6 points per game (12th in the NFL) on 108.8 rushing yards (16th) and 239.4 passing yards (21st). The hosts certainly possess enough firepower to score a few touchdowns against the hapless Chiefs defense, but they’ll have a mountain to climb on the other side of the ball if Kansas City takes good care of the ball.

Even if they continue with lousy defensive performance, the Chiefs shouldn’t have too many problems beating Washington by a TD. They need to limit giveaways, and the hosts’ secondary will be in big trouble. The Chiefs will be fired up following a tough matchup with the Bills’ D that is one of the best in the NFL.

Considering their recent form, the Chiefs and Football Team should combine for a bunch of points. Taylor Heinicke had a rough time against the Saints, going 20-of-41 for 248 yards and a couple of interceptions, and this looks like a nice opportunity for a bounce-back performance.

On the other side, the Chiefs could easily score five touchdowns against this WFT defense that allows its rivals to convert 56.2 percent of their 3rd downs. Also, Washington’s D ranks 25th in passer rating (107.8), so I’m expecting Patrick Mahomes and his targets to have a field day.