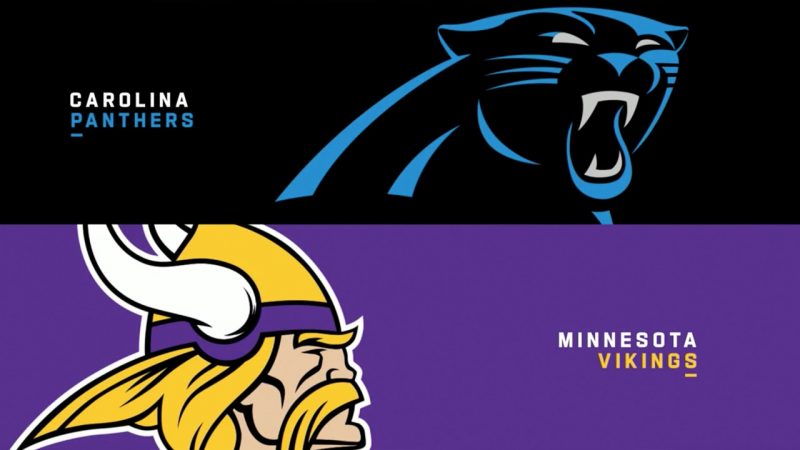 The Minnesota Vikings head to Bank of America Stadium in Week 6 of the 2021 NFL season to meet the Carolina Panthers for the second straight season. Last year, the Vikings barely outlasted the Panthers as 3-point home favorites, 28-27, overcoming an 11-point deficit.

Minnesota is a small 1-point fave for Sunday’s road clash against Carolina. The totals are listed at 46.0 points on BetOnline Sportsbook, so let’s see what’s the best Vikings vs. Panthers betting pick for October 17, 2021.

The Vikings survived the Lions scare in Week 5

The Minnesota Vikings (2-3; 2-3 ATS) are coming off a narrow 19-17 home victory over the Detroit Lions this past Sunday. They failed to cover a 10-point spread, as Mike Zimmer’s boys nearly blew a 10-point lead with less than three minutes left in the fourth quarter.

Minnesota beat Detroit thanks to Greg Joseph’s 54-yard field goal as the time expired. The Vikings missed Dalvin Cook (ankle), who’s doubtful for Week 6, so Alexander Mattison led the backfield with 25 carries for 113 yards. Mattison added seven receptions for 40 yards and a TD but also had a costly fumble down the stretch.

The Panthers hope CMC will return for Week 6

The Carolina Panthers (3-2; 3-2 ATS) are coming off a 21-18 home loss to the Philadelphia Eagles last Sunday. It was their second defeat on the spin, while Christian McCaffrey missed his second game in a row due to a hamstring injury.

CMC is listed as questionable for Week 6 clash against the Vikings. His eventual return would be a massive boost for the Panthers’ offense that is averaging 23.0 points per game (tied-17th in the league) on 363.4 total yards (tied-16th).

Carolina blew a 12-point lead last Sunday. The Panthers held the Eagles to 273 total yards but managed to gain only 267 in a return. Sam Darnold had his first bad performance with the new team, tossing for 177 yards, a TD, and three interceptions.

I would avoid betting on this game until the final injury report comes out, as Christian McCaffrey’s or Dalvin Cook’s eventual return could make all the difference. The Panthers are a better defensive team than Minnesota, but the hosts’ offensive line will be under huge pressure if CMC remains sidelined.

The Panthers’ defense has been outstanding in the first five weeks of the season. Their front seven has done a superb job, while the Panthers’ secondary leads the NFL with only 161.6 passing yards allowed per game.

Hereof, the under has hit in seven of Carolina’s last eight games. Also, the under is 5-1 in the Panthers’ last six outings at home, and it is 3-0 in the Vikings’ previous three games overall. Minnesota’s offensive line will be properly tested in this one, and I don’t expect to see a high-scoring affair, especially if the Vikings continue to improve on the defensive end.