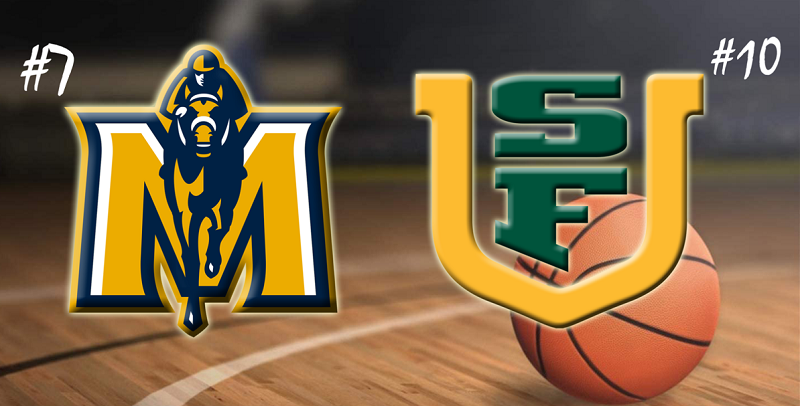 The Gainbridge Fieldhouse in Indianapolis, Indiana, will host the Men’s Basketball Championship – East Region – 1st Round game, so check out the best San Francisco Dons vs. Murray State Racers betting pick and odds. The game will tip-off at 9:40 PM ET on Thursday, March 17.

These inter-conference rivals have met just once before, and it was in November 2011 when Murray State secured a 70-67 win on a neutral location.

According to MyBookie Sportsbook, the Racers are 2-point favorites, while the total is set at 136.5 points. The winner of this game will face Kentucky or Saint Peter’s in the second round of the NCAA Tournament.

San Francisco powerless against Gonzaga in the conference semis

The San Francisco Dons defeated Brigham Young in the quarterfinal of the WCC tournament, but they couldn’t get past Gonzaga, as the eventual champions secured an 81-71 victory. The Dons finished the regular season with a 24-9 record (10-6 in conference play) and will participate in the NCAA Tournament for the 17th time and first since 1998.

The Murray State Racers completely dominated their Ohio Valley Conference this year. They won both the regular season and tournament titles after finishing the regular season with the best record in the entire country (30-2, 18-0 in conference play). Only Arizona and South Dakota State recorded 30+ wins this season, but the Racers had the best win-loss percentage (.938). For the 18th time in the program’s history, Murray State will play in the Big Dance.

I am well aware that the Racers are coming from an unattractive Ohio Valley Conference that has only one team to represent it at the NCAA Tournament – Murray State. Still, I am impressed with the way the Racers are playing this year, and having the best win-loss percentage in the country is not an easy thing to do. Undoubtedly, the Dons have a better pedigree and are a bigger team, but at the moment, I like the Racers more.

Murray State has a top 20 offense and top 25 defense, which suggests that the Racers have one of the most complete teams this season. They are 6th in offensive rating, and I am backing their offense to prevail in this one.

The Racers have 21st defense in basketball, but that will not mean a lot against the Dons, who have such players as Bouyea, Shabazz, and Massalski, who can unlock any defense. Also, Murray State has its own weapons on offense, primarily K.J. Williams and Tevin Brown. It’s going to be an attractive and interesting game with a lot of points on each end.

The total has gone Over in four of San Francisco’s last six games. Over is 4-0 in the Dons’ previous four games following a straight-up loss, while Over is 16-5 in the Dons’ last 21 neutral site games as an underdog.