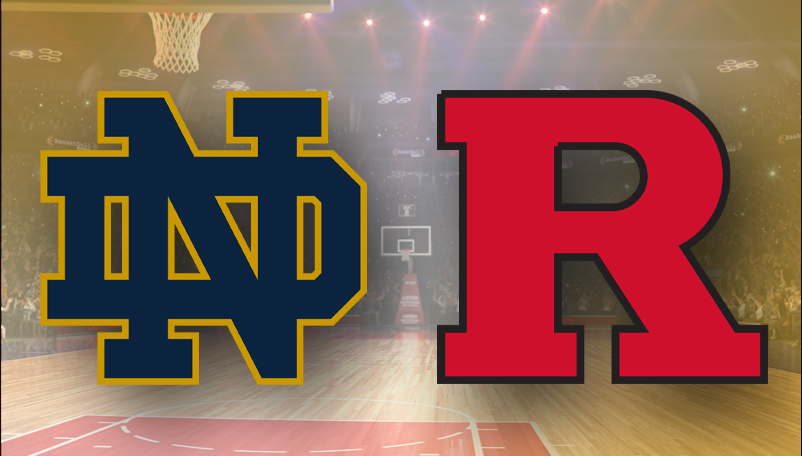 Notre Dame is trying to be the fifth team from the Atlantic Coast Conference to enter the main bracket of the NCAA Tournament. Rutgers represents the Big Ten Conference that already has seven teams in the tournament and two more, alongside the Scarlet Knights, fighting in the First Four.

These inter-conference rivals have met frequently in the past when they were in the same conference, but the Fighting Irish joined the ACC in 2012. The latest H2H encounter was in March 2013 when Notre Dame secured a win. Over the previous ten H2H games, the Fighting Irish were better in eight.

According to Bookmaker Sportsbook, the Fighting Irish are slight 1-point favorites, while the total is set at 132 points. The winner of this game will face the Alabama Crimson Tide in the first round of the NCAA Tournament, while the loser will be eliminated.

Notre Dame stopped on the first step at the ACC tournament

The Notre Dame Fighting Irish ended the regular season with a 22-10 record (15-5) in conference play and joined the ACC tournament in the quarterfinal. However, it was the first and final step at the tourney for them, as the Irish lost 87-80 to the eventual winners Virginia Tech Hokies. That’s why they are forced to play in the First Four instead of getting an at-large bid for the NCAA Tournament, their 37th appearance.

Rutgers ended the Big Ten tourney in the quarterfinal

The Rutgers Scarlet Knights finished the regular season in 6th place in the Big Ten with an 18-13 record (12-8 in conference play). They couldn’t do a lot against the Iowa Hawkeyes in the quarterfinal of the conference tournament but will have a chance to enter the main bracket at the NCAA tournament. It’s the 8th time the Scarlet Knights are participating in the Big Dance.

In my opinion, Notre Dame is a better team than Rutgers at the moment and the Fighting Irish deserved to enter the main NCAA Tournament bracket in the first place and not to go through the First Four. They have a motivation to prove to the doubters they belong to the top of basketball despite making the Final Four only once in the program’s history.

Rutgers has a decent defense, but so do the Irish, while Notre Dame’s offense is far better than Scarlet Knights’. The experience is on Notre Dame’s side, and I am backing them to get the win here.

Notre Dame scored at least 70 points in each of its previous eight games, while seven of those eight went Over (one push). It’s a different situation with Rutgers’ games of late, but I don’t think its defense will be able to handle the Fighting Irish on Wednesday.

The fact that Under is 13-2 in the Fighting Irish’s last 15 NCAA Tournament games as a favorite can be repelling for Over bet, but I am going to ignore this trend on this occasion.