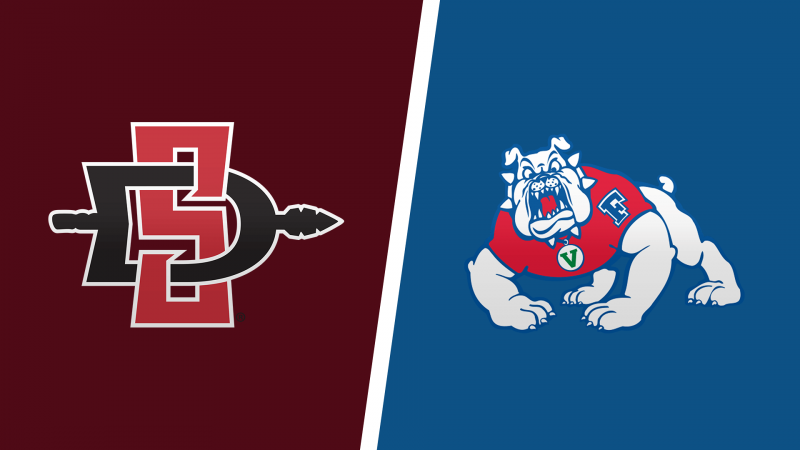 The 2021-22 CBB season goes on with another loaded Saturday card, so we have prepared the best San Diego State vs. Fresno State betting pick along with the latest team stats, news, and latest odds update on MyBookie Sportsbook.

The Aztecs and Bulldogs lock horns for the first time this season, and San Diego State searched for its fifth consecutive victory over Fresno State. Last season, the Aztecs beat the Bulldogs twice, playing as massive 13.5-point favorites on both occasions.

The San Diego State Aztecs improved to 16-6 straight up and 11-11 ATS on the season following a 75-56 victory to the Utah State Aggies this past Tuesday. It was their fourth win in a row, as the Aztecs put an end to a three-game ATS losing streak, covering as 5-point home favorites.

San Diego State had a nice shooting night against Utah State. The Aztecs made 51.7% of their field goals and 50.0% of their 3-pointers (7-for-14), while senior guard Matt Bradley led the charge with 22 points and five assists.

The Fresno State Bulldogs extended their SU and ATS losing streak to three games with a 60-57 defeat to the UNLV Rebels this past Wednesday. They upset the home audience as 5.5-point favorites, falling to 6-6 in the conference play.

The Bulldogs blew a 13-point first-half lead against the Rebels. They shot only 33.9% from the field and 26.9% from beyond the 3-point line (7-for-26). The Bulldogs turned the ball over only six times, but they couldn’t make shots against UNLV’s mediocre defense. Orlando Robinson, who’s averaging 18.4 points per game, went only 3-for-14 from the field and finished with seven points and four rebounds.

While the Aztecs have played very well lately, the Bulldogs have struggled a lot. Fresno State has dropped three straight games, and two of those three losses have come at home. I’m backing the in-form Aztecs to cover, but it’s a tough wager, and this game could easily go either way.

Both teams lean on a stout defense and prefer to play at a slow pace. We should see a tight contest down the stretch, so bet on Any Team to Win by 5 or fewer points if you want to take the risk.

The under is 5-0 in Fresno State’s last five outings, while the Aztecs’ last three games have gone over the total. San Diego State has surpassed a 70-point mark in each of those three contests, but this time around, the Aztecs will take on one of the better defensive teams in the nation.