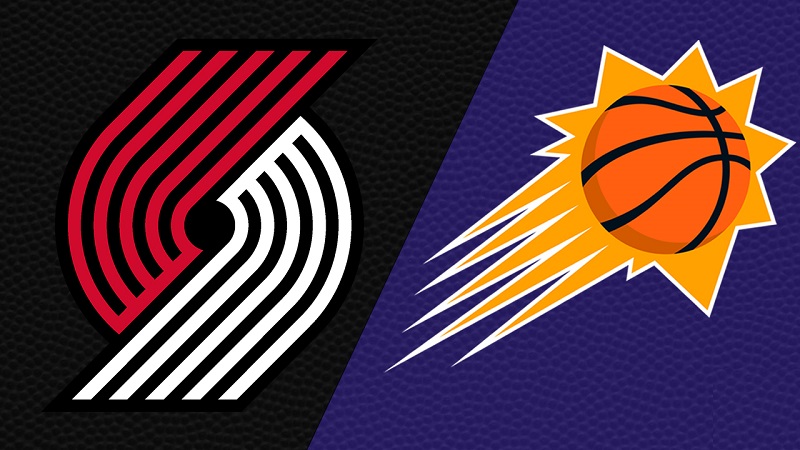 The 2021-22 NBA season goes on Wednesday, March 2, with eight games around the league, including the Western Conference showdown at Footprint Center in Phoenix, Arizona, so we bring you the best Trail Blazers vs. Suns betting pick and odds.

Portland and Phoenix wrap up their four-game regular-season set, and the Suns hope to win it after outlasting the Trail Blazers in two of their previous three meetings in 2021-22. According to Bet Us Sportsbook, Phoenix is a huge 12.5-point home fave, while the totals are listed at 228.0 points.

The Trail Blazers have fallen apart since the All-Star break

The Portland Trail Blazers (25-36; 25-36 ATS) entered the All-Star weekend riding a four-game winning streak. Since then, the Trail Blazers have suffered a couple of heavy defeats on the home court, losing to Golden State 132-95 and Denver 124-92.

Portland has been absolutely awful through those two games against the Warriors and Nuggets. The Trail Blazers have made only 38.2% of their field goals and 21.1% of their 3-pointers. Now, they are tied with the New Orleans Pelicans for the No. 10 seed.

The Trail Blazers have serious injury problems, as Jusuf Nurkic, Justise Winslow, Damian Lillard, and Eric Bledsoe are all on the shelf. Nurkic’s absence is a big blow for Portland’s defense that has struggled all season. The Trail Blazers surrender 114.5 points per 100 possessions (28th in the NBA) on 37.1% shooting from deep (29th).

The Suns look to get back on the winning track

The Phoenix Suns (49-12; 33-28 ATS) still own the best record in the league by far despite dropping their previous two games. The Suns opened the second half of the season with a 124-104 dismantling of the lowly Oklahoma City Thunder, but their next two games saw a couple of home losses to New Orleans 117-102 and Utah 118-114.

The reigning vice-champions have missed Chris Paul (finger) since the All-Star break, and the 12-time All-Star will be sidelined for six to eight weeks. Paul’s absence is a huge blow for the Suns, though their offense looked good in that narrow loss to the Jazz last Sunday.

Phoenix made 51.2% of its field goals and 46.4% of its triples against Utah’s solid defense. The Suns handed out 24 assists, committing only nine turnovers on the night, but they allowed 14 offensive rebounds and couldn’t make stops in crunch time. Devin Booker led the way with 30 points and seven assists, while Cameron Johnson and Deandre Ayton accounted for 23 points each.

The injury-depleted Trail Blazers will have a mountain to climb in this clash. I highly doubt their chances to deal with the Suns’ offense, so give me the hosts to cover that massive spread. Without Jusuf Nurkic in the lineup, Portland will struggle on the glass, while Deandre Ayton could easily surpass a 20-point mark for the third straight game.

On the other side of the ball, Phoenix will need to improve after yielding 117 or more points in three of its last four outings. Portland hasn’t hit a 100-point mark in six of its last 11, and I’m expecting the Suns to pile on the Trail Blazers’ misery.

The totals are a tricky wager because of an eventual blowout. Just take a look at the Trail Blazers’ previous two games. If you like to ride the betting trends, take the over.

Seven of the Suns’ last nine contests overall and six of the Trail Blazers’ last eight on the road have gone over the total. Also, the over is 5-1 in the previous six encounters between Portland and Phoenix. Five of those six games have produced 228 or more points in total.