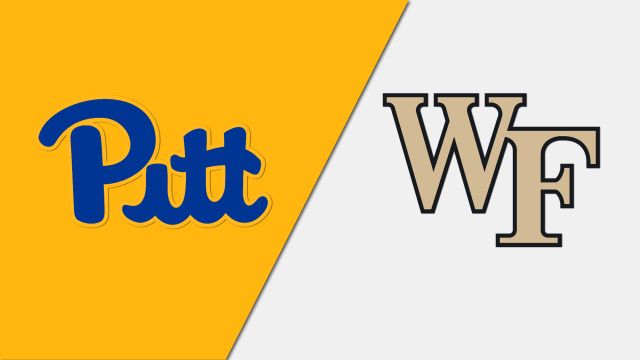 Pittsburgh and Wake Forest head to Bank of America Stadium on Saturday, December 4, 2021, to face off against each other in the Atlantic Coast Conference Championship Game, so we’ve prepared the best Panthers vs. Demon Deacons betting pick and odds.

The Panthers met the Demon Deacons once in 2018 when Pittsburgh grabbed a 34-13 road victory as a 5.5-point underdog. This time around, the Panthers are 3-point favorites at the neutral site, while the totals sit at 72.5 points on MyBookie Sportsbook.

The Pittsburgh Panthers (10-2; 9-3 ATS) made it to the ACC Championship Game for the second time in four years. Back in 2018, they got trounced by the Clemson Tigers 42-10, so the Panthers hope for a much better display in 2021.

Pittsburgh is on a four-game winning streak following a 31-14 road victory at the Syracuse Orange this past Saturday. The Panthers easily covered an 11.5-point spread, while senior QB Kenny Pickett led the way and threw for 209 yards, four touchdowns, and an interception.

Pickett has tossed for 4,066 yards, 40 touchdowns, and seven picks so far this season. The Panthers own the fourth-highest scoring offense in the country, averaging 42.8 points per game, while their defense is surrendering 23.3 points in a return (44th in the country).

The Wake Forest Demon Deacons moved to 10-2 SU and 6-6 ATS on the season with a nice 41-10 victory at the Boston College Eagles in Week 13. Playing as 6.5-point road favorites, the Demon Deacons outgained their rivals 413-182 and clinched the ACC Atlantic Division title. They made it to the championship game for the second time since 2006 and a 9-6 victory over Georgia Tech.

Wake Forest put on a rare strong defensive performance last Saturday. They allowed the Eagles to convert only one of their ten 3rd downs. Also, the Demon Deacons surrendered a paltry 19 passing yards. On the other side of the ball, sophomore QB Sam Hartman went 20-of-32 for 236 yards, three touchdowns, and an interception. He also had 11 carries for 51 yards and a TD.

This should be a back-and-forth battle between a couple of top-five offensive teams in the country. Hereof, it could easily go either way, and I’m backing the Panthers to win and cover only because of their front seven.

Pittsburgh surrenders just 92.7 rushing yards per game (6th in the country). The Panthers will force Wake Forest to lean on its air offense and while Pittsburgh’s secondary is vulnerable, the Panthers have registered an eye-popping 46 sacks thus far, enough for the second-most in the country. I think their defense will make key stops down the stretch.

The Panthers shouldn’t have any problems moving the ball. They will look to exploit Wake Forest’s run D that allows 5.1 runs per carry. On the other side, the Demon Deacons will move the ball frequently only if their offensive line gives Sam Hartman solid protection. I’m expecting to see a high-scoring affair, though the line is sky-high at 72.5 points.

Three of Wake Forest’s last four games have produced 75 or more points in total, while three of Pittsburgh’s previous five contests have seen at least 72. The over is 15-5 in the Panthers’ last 20 outings at any location, and it is 6-2 in the Demon Deacons’ previous eight games overall.