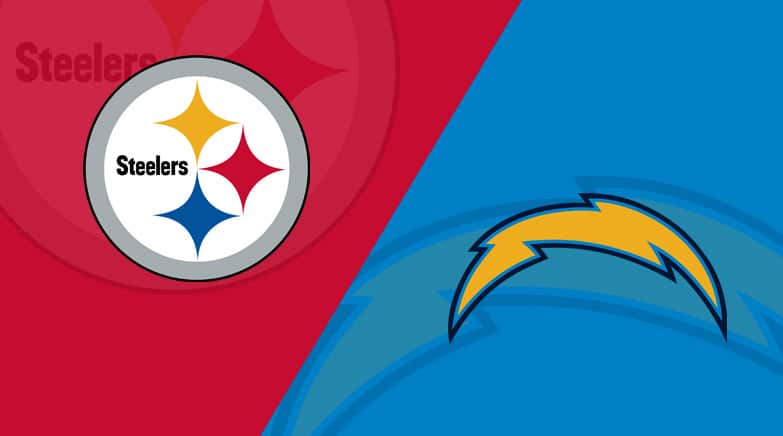 Week 11 Sunday Night Football brings the AFC clash from SoFi Stadium in LA, so we have prepared the best Pittsburgh Steelers vs. Los Angeles Chargers betting pick along with the latest odds update on Bookmaker Sportsbook.

The Steelers meet the Chargers for the first time since 2019, and Pittsburgh has won two of their previous three head-to-head duels. The Chargers are firm 6.5-point favorites for this one, while the Steelers are +230 moneyline dogs with a total of 47.0 points.

Pittsburgh hopes to bounce back from a disappointing tie

The Pittsburgh Steelers (5-3-1; 3-6 ATS) put an end to a four-game winning streak last Sunday, playing a 16-16 home tie against the hapless Detroit Lions. With Ben Roethlisberger on the COVID-19 list, Mason Rudolph got his first start in 2021 and went 30-of-50 for 242 yards, a TD, and an interception in what was another dreadful performance by the Steelers’ offense.

Diontae Johnson and Pat Freiermuth had a lost fumble each, while Najee Harris led the way with 26 carries for 105 yards and four catches for 28 yards. On the other side of the ball, the Steelers couldn’t cope with the Lions’ ground game and yielded a whopping 229 yards on 39 rushing attempts.

The Chargers dropped three of their last four contests

The Los Angeles Chargers (5-4; 5-4 ATS) are coming off a 27-20 home loss to the Minnesota Vikings in Week 10. They continue to struggle, going just 1-3 SU and ATS over the last four games, and the Chargers racked up only 253 total yards last weekend against the mediocre Minnesota defense.

Justin Herbert tossed for 195 yards, a touchdown, and an interception, while Austin Ekeler led the backfield with 11 carries for 44 yards. On the other side of the ball, the Chargers held the Vikings to 3.1 yards per rush, but their secondary got ripped apart by Kirk Cousins and Justin Jefferson.

Los Angeles is tallying 24.3 points per game (15th in the NFL) on 100.2 rushing yards (21st) and 270.0 passing yards (7th). Over the last four games, Justin Herbert has thrown for six touchdowns and four interceptions, while Austin Ekeler has scored only a couple of touchdowns in that span.

I’m expecting the Steelers to hang in if Ben Roethlisberger suits up. Of course, the Steelers will have to put the ball in Najee Harris’ hands as much as they can because the Chargers are yielding the most rushing yards per game in the NFL (155.1).

On the other side, the Chargers could struggle against the Steelers’ pass rush, though their offensive line has done a solid job thus far. The Chargers should win straight up if they find a way to slow down Najee Harris and allow Justin Herbert enough time in the pocket, but I’m not laying a TD with them.

The totals are a tricky wager in this matchup. While the Steelers have scored more than 23 points only twice this season, the Chargers have allowed 24 or more in six of their last seven outings.

Three of the Chargers’ last five games went in the over. On the other side, the under is 6-3 in the Steelers’ previous nine contests. I lean the under, expecting the Steelers to rush a lot and control the clock.