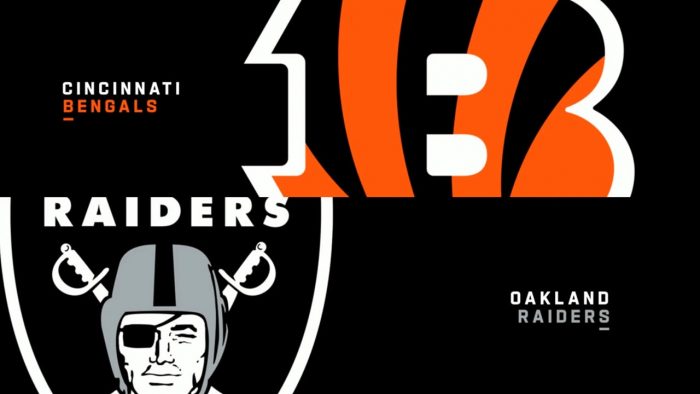 The NFL betting action goes on Sunday, November 21, with plenty of intriguing picks to choose from, so we’re taking a closer look at the AFC showdown from Allegiant Stadium in Las Vegas to get you the best Bengals vs. Raiders betting pick and odds.

Coming off a bye, the Cincinnati Bengals opened as small 1-point road favorites on MyBookie Sportsbook. The Las Vegas Raiders are -105 moneyline underdogs, while the totals are listed at 50.5 points.

The Bengals look to snap a two-game skid

The Cincinnati Bengals fell to 5-4 SU and 4-5 ATS on the season following a heavy 41-16 defeat to the Cleveland Browns in Week 9. After a shocking 34-31 loss at the New York Jets in Week 8, the Bengals completely disappointed in front of their fans at Paul Brown Stadium.

The Raiders lost two straight, too

The Las Vegas Raiders (5-4; 4-5 ATS) got battered by the Kansas City Chiefs last Sunday, 41-14, and failed to cover as 2.5-point home dogs. After a 23-16 road loss at the New York Giants in Week 9, the Raiders put on another disappointing performance, allowing 516 total yards and 29 1st downs to the Chiefs.

Patrick Mahomes had a field day and tossed for five touchdowns. On the other side, Derek Carr went 25-of-35 for 261 yards, two touchdowns, and an interception, while the Raiders ran only 14 times for a paltry 50 yards.

Josh Jacobs has struggled with injuries all season long, and the 23-year-old RB is questionable to play against the Bengals due to a knee injury. The Raiders are tallying only 85.0 rushing yards per game (28th in the NFL) and 3.7 per carry (also 28th).

This is a tough spot for both Cincy and Las Vegas, so I would avoid the side bet. The Bengals have been awful on the defensive end in their previous two outings, while the Raiders have struggled on the other side of the ball, scoring just 30 points over their last two showings.

Both teams have been pretty unpredictable so far this season. They will probably lean a lot on Joe Burrow and Derek Carr to move the ball frequently, so betting on the over seems like the best move. I lean the Raiders because of the home-field advantage, but it’s tough to separate these two sides, especially when you know they both desperately need a win.

I’m expecting both teams to easily surpass a 20-point mark. The Raiders’ offense ranks second in the league in passing yards per game, while the Bengals are eighth. Both teams are vulnerable in the secondary, so give me the over on the totals.

The over is 10-4 in the Raiders’ last 14 games overall and 8-1 in their previous nine showings at home. On the other side, the total has gone over in 14 of Cincinnati’s last 20 meetings with the AFC.