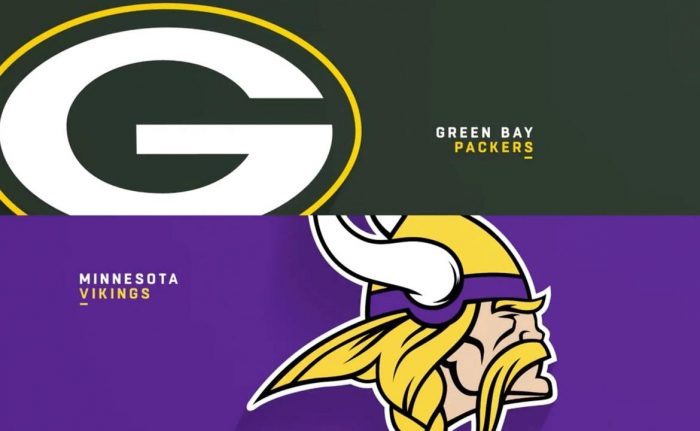 The 2021 NFL season goes on with Week 11 matchups on Sunday, November 21, including the NFC North showdown at U.S. Bank Stadium in Minneapolis, so here’s the best Packers vs. Vikings betting pick.

Green Bay heads to Minneapolis as a small 2-point road fave on MyBookie Sportsbook. The Vikings are listed as +110 moneyline underdogs, while the totals sit at 49.0 points.

The Packers blanked Seattle in Week 10

The Green Bay Packers improved to 8-2 SU and 9-1 ATS on the season following a 17-0 home victory to the Seattle Seahawks this past Sunday. Playing as 3-point favorites, the Packers held Russell Wilson and his teammates to a paltry 208 total yards while picking off Seattle’s signal-caller twice.

Aaron Rodgers went 23-of-37 for 292 yards and an interception in his return from a COVID-19 list. A.J. Dillon led the way for the Packers with 21 carries for 66 yards and a couple of touchdowns, while Davante Adams had seven receptions for 78 yards.

Aaron Jones suffered a knee injury last weekend, so he’s questionable to play against the Vikings. Jones had 11 touches for 86 all-purpose yards in Week 10, so the Packers hope their starting RB will be ready to go Sunday at U.S. Bank Stadium.

The Vikings upset the Chargers to return to winning ways

The Minnesota Vikings (4-5; 5-4 ATS) are coming off a 27-20 victory at the Los Angeles Chargers this past Sunday. They upset the odds as 3.5-point road underdogs to stop their two-game slide, holding the Chargers to just 253 total yards.

It was a strong defensive performance by the Vikings, who racked up 381 all-purpose yards on the other side of the ball. Kirk Cousins completed 25 of his 37 passing attempts for 294 yards and a couple of touchdowns, while Dalvin Cook posted 24 carries for 94 yards and a TD.

Justin Jefferson tortured the Chargers’ secondary for 143 yards on nine receptions to break out of his slump. Over his previous two outings, Jefferson has recorded only five catches for 90 yards and a TD. Adam Thielen has been quiet as of late, too, tallying 13 receptions for 149 yards and a pair of scores in his last three games.

The Vikings are already in a must-win situation, and knocking down the best team in the NFC will be a tall order. The Packers’ defense has been terrific for most of the season, while Aaron Rodgers continues to orchestrate Green Bay’s offense at a high level.

I’m expecting a tight battle, so backing the Packers makes sense, as Green Bay is a better defensive team than Minnesota, while Aaron Rodgers is arguably a much better QB than Kirk Cousins. The Packers are 3-1 SU and ATS in their previous four meetings with the Vikings, winning their last two games at U.S. Bank Stadium.

The total has gone under in Green Bay’s last seven outings at any location. Also, the under is 5-2 in Minnesota’s last seven games overall, and it is 6-1 in the previous seven meetings between the Vikings and Packers in Minneapolis.