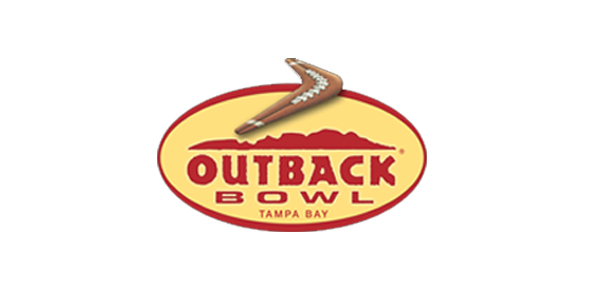 The Ole Miss Rebels may not really meet the criteria of having enough players for the Outback Bowl against Indiana, but that doesn’t appear to be stopping Lane Kiffin and his team. Ole Miss will literally give it the ol’ college try in Jacksonville, where the Hoosiers have been bet up to a nine-point favorite at BetOnline Sportsbook with a total of 66.5.

The Hoosiers celebrated one of their strongest seasons in program history last year and followed it up with a splendid performance this year. The only loss came against Ohio State. Their reward is the Outback Bowl against a sub-.500 Ole Miss team, but you won’t hear any pouting from the Hoosiers. They’re thrilled to have a crack at a SEC team and a beatable one at that.

This line has gone up, so we’ll see if there’s any case to be made for Ole Miss in Saturday’s game.

When Elijah Moore opted out, nobody was surprised. The star wideout for the Rebels will hear his name early during the NFL Draft after catching 86 passes for 1,193 yards during the regular season. We don’t know who else will be sitting for Ole Miss, but it is rumored to be a lot of guys between opt-outs, COVID, and injury. Players like Braylon Sanders, Jerrion Ealy, Kenny Yeboah, and Jonathan Mingo were all previously listed on the injury report.

Yeboah has already opted out. Ealy is the team’s leading rusher and he has practiced sparingly. That prompted Kiffin to tell the media that he’s “recruiting his own players to play in a bowl game”. So, things sound quite dire for Ole Miss, which is a big reason why the line has gone up to where it has.

It’s not like Ole Miss was a great team at full strength. The Rebels did manage over seven yards per play and more than 40 points per game, but they also allowed over 40 points per game. Suffice it to say that their games were wide-open this season and that this one could go the same way.

Ole Miss will at least have a puncher’s chance with Matt Corral out there. The sophomore quarterback threw 27 touchdown passes and connected on over 71% of this throws, but he also connected on 14 throws to the other team. If Ealy sits out, Corral will enter this game as the team’s leading rusher with 469 yards on 105 carries.

If Sanders can’t go at wide receiver, Ole Miss’s top guy for this game had 24 catches for 349 yards in Jonathan Mingo. If he opts not to go, but he looked healthier in practice than some of the others, it will fall to Dontario Drummond.

Given that Ole Miss allowed seven yards per play defensively, it will be up to a patchwork offense to find a way to score enough points to be competitive.

There are some questions about how many points the Hoosiers can put up here. The run game was quite poor during the season with just 2.9 yards per carry and starting quarterback Michael Penix Jr. suffered a season-ending injury prior to the last regular season game. That pushed sophomore Jack Tuttle into action.

Tuttle was 18-of-27 for 161 yards with two touchdowns and no picks in his lone start. He has good weapons at wideout in Ty Fryfogle and Whop Philyor and maybe the extra bowl practices have given him more of an opportunity to develop a rapport with those guys. There weren’t many chunk plays in Tuttle’s lone start and the rushing attack hasn’t gained more than 26 yards on a single carry.

With a high-scoring expectation based on the total for this game, it’s fair to wonder if Indiana can put up the requisite number of points to cover the spread. The Ole Miss defense will be the worst that Indiana has faced, which should help, but we’re talking about a Hoosiers team that has not played since December 5.

Defensively, Indiana held opponents to 19.4 points per game, but did give up some yardage, mostly against Ohio State and Penn State. The Hoosiers did average nearly three takeaways per game, though, so it made their defensive numbers look a little bit better. Tom Allen has put his stamp on this program, first as the defensive coordinator and now as the head coach, so they play extremely hard on defense. The stats, however, were rather pedestrian given the teams that they played and the point totals allowed.

The question here is how much of a roster Ole Miss actually has to play with and how invested the Rebels are in the game. A lot of opt-outs typically signals a team that isn’t interested, though Kiffin insists that no talk has taken place about skipping the game. We’ll just have to wait and see how the players go about their business.

That makes this game a good live betting opportunity. If Ole Miss seems invested, Indiana is not a run-and-hide offense by any means. They benefitted from opposition turnovers. It could happen here with Corral’s inability to take care of the football and the team’s 18 turnovers in nine games.

The SEC has not fared well in bowl games to this point, as the conference really seems disengaged and opt-outs have played a big role. I can’t take Ole Miss in this one because of that, but don’t like laying the Indiana price either. Indiana has put up some points and has the ability to generate takeaways. Ole Miss should get some points, as Kiffin should have a very aggressive, free-and-easy game plan.