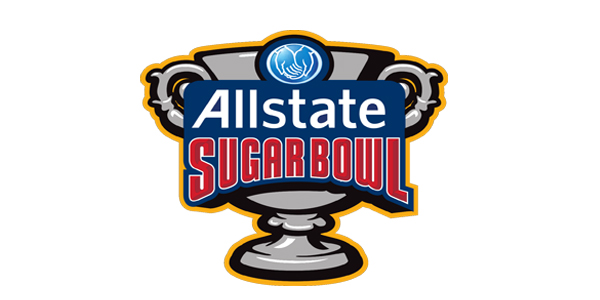 Trevor Lawrence of the Clemson Tigers is a Heisman Trophy finalist this season, despite missing a couple of games to COVID (including one where they lost to Notre Dame). They say he won’t win it; that it will go to one of the guys from Alabama (Mac Jones or DeVonta Smith). And now, since we have at least one, and maybe the two, most important games of the season upcoming, perhaps there is an argument that the voting should be taken after all of the games are played.

That one is wide-open.

The argument can also be made that the Ohio State Buckeyes have no business playing in a national semi-final. And maybe the argument is valid. After all, OSU would not have even gotten a sixth game had the Big Ten not made a special ruling that placed them in the conference championship contest.

But then, as far as it concerns a slot in the four-team playoff, you get around to the question – if not them, WHO?

So here they are, as the third “seed,” if you will, in the Sugar Bowl at the Superdome in New Orleans.

BetOnline gives you so many options in terms of betting this game that we could never list them all here, but here are their numbers for the 8 PM ET kickoff:

And Odds Booster offers you explosive payouts on pre-selected parlays every day – it’s well worth checking out!

The Buckeyes are still burning up about some of the officials’ calls that went against them in last year’s semi-final game, where Clemson rallied behind Lawrence to win 29-23. OSU did have 516 total yards in that game – an advantage of 99 yards.

Ohio State got a real breakout performance in the Big Ten title game from running back Trey Sermon, who you may recognize from his time with the Oklahoma Sooners. He Sermon-ized Northwestern to the tune of 331 yards on the ground. But of course, since he only had a little more than that on the season coming into the game, you’d have to wonder if he could come close to duplicating it.

Northwestern is a hard-trying stop unit, but they don’t have the kind of athletes Clemson has, as the Tigers allowed just 2.9 yards per carry and 101.2 per game (both of those figures among the top ten nationally).

This game could well feature the top two picks in the next NFL Draft. Lawrence is the consensus #1, but Justin Fields could be right behind him. The Ohio State slinger completed 72.6% of his passes with 15 touchdowns. So you’d also have to ask whether it was more advantageous for Fields to have seen Clemson’s defense last season, or for THEM to have seen HIM?

I’m going to go out on a limb and suggest the latter. And I say that because it appears that Fields, who has been intercepted five times in the last three games, is more mistake-prone than Lawrence, who was picked off just four times in 286 attempts.

It bothers us slightly that Travis Etienne, who had averaged 7.2, 8.1 and 7.8 yards per carry in his first three collegiate seasons, saw that figure dip to 5.6 this season. But he still scored 13 TD’s on the ground and was more effective coming out of the backfield than he’s been before (44 receptions).So what we’re saying is that he is going to be the most impactful running back in this game.

When you look at Dabo Swinney and what he has done after the regular season ends, you’d have no choice but to call him a “money” coach, as he’s covered 14 of his last 17. That counts for something here, as does the fact that Ohio State isn’t coming to the party this year with as many “guns” as last season (including the estimable JK Dobbins). We’ll lay the points with a more battle-tested CLEMSON crew.