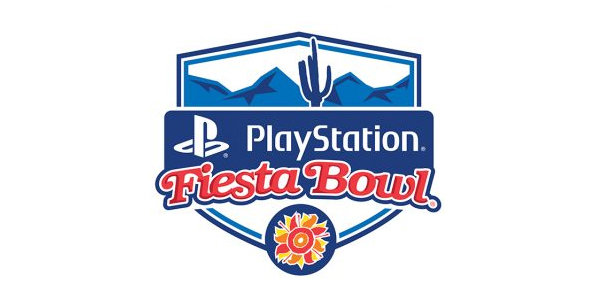 The Oregon Ducks are accustomed to playing in big games in the national spotlight. Whether that game comes in September as a major non-conference game or in a marquee bowl, the Ducks and their flashy Nike uniforms always find a way to carry a high profile.

The Iowa State Cyclones have not been afforded that luxury. Their big games typically come when they draw Oklahoma, either in the regular season or in the Big 12 Championship Game. Well, they’ll get a chance in that national spotlight in this year’s Fiesta Bowl on January 2.

Furthermore, they’ll get that chance as the favorite, as Iowa State is -4.5 with a total of 58 at BetOnline Sportsbook for the game in Glendale against the Pac-12 champs.

We’ll look at both sides and find a play for the 4 p.m. ET kickoff from the desert.

It wasn’t a fun season to be in the Pac-12. For the longest time, it looked as though no football was going to be played, but as conferences across the country started to make it work, the Pac-12 changed gears and decided to play. Unfortunately, with such a cloudy future in terms of both the virus and the outlook for the season, Oregon lost several players early on to opt-outs.

That included star offensive linemen Penei Sewell, who should be the first OL off the board in the NFL Draft. Thomas Graham Jr. was one of a handful of defensive players that opted out. The Ducks managed to go 3-2 in five conference games and backed into the Pac-12 Championship Game because their North Division championship game against Washington was canceled and then the Huskies couldn’t overcome the COVID protocols to face USC.

The Ducks beat the Trojans, but the reality is that none of their wins were all that impressive. Twice they faced teams without their starting quarterbacks. They lost the rivalry game against Oregon State. They badly outgained Cal, but lost as almost a double-digit favorite. There really wasn’t a whole lot to like about the body of work.

In fairness to Mario Cristobal’s team, replacing Justin Herbert isn’t easy. Tyler Shough did an admirable job of that with a 13/5 TD/INT ratio and a 62.7% completion percentage in his sophomore season. Travis Dye outgained CJ Verdell, who is likely to miss the Fiesta Bowl with an injury. Dye only had one rushing touchdown, despite leading the team in yards with 391. The Oregon offense had 6.75 yards per play, but turnovers were an issue and points came and went.

Defensively, the Ducks allowed 5.51 yards per play. They only had seven takeaways in six games, however, which was a sign of some of the playmakers that they lost. Kayvon Thibodeaux is still a game-changer and a player that will be on Iowa State’s radar on every snap.

Iowa State beat Oklahoma once and may very well have been the better team in the Big 12 Championship Game, but the Cyclones came up just short. This was a strong team offensively with 6.53 yards per play. Brock Purdy could have been better with his 18/9 TD/INT ratio, but he did complete nearly two-thirds of his passes and developed a very strong rapport with Xavier Hutchinson, who caught 60 of Purdy’s 223 completions.

The Cyclones offense, however, runs through Breece Hall. The bruising back carried it 245 times over 11 games with a 5.9 yards per carry average. He had 19 rushing touchdowns. Those numbers were among the best in the nation and he will be the focal point for the Oregon defense. The Ducks gave up 4.2 yards per carry, but the Pac-12 was missing efficient offenses throughout much of the season.

Defensively, Iowa State allowed just under 5.3 yards per play. They really played well on that end for the most part, especially in such an offensive conference like the Big 12. In 10 conference games, the Cyclones allowed just 5.31 yards per play. Nobody will deny that the Big 12 is better than the Pac-12 and that should be a factor in your handicaps, especially this bowl season with teams having played almost exclusively conference games.

This opportunity for Iowa State is a big one. While Oregon is a borderline top-25 team this year, this is a program that consistently stands out. After getting drubbed in the Camping World Bowl last season by Notre Dame, you have to think Matt Campbell can sell this one really easily to his players.

Matt Campbell is a great underdog coach, but this is a favorite role he’s not accustomed to at Iowa State. The Cyclones have been a dog in all three bowl games appearances under Campbell. They are 1-2 SU and ATS, with a win over Memphis and losses to Washington State and Notre Dame.

You do worry about things like that in a spot such as this. There is every reason to be on Iowa State, from a motivation standpoint to a coaching edge, to the lost personnel that is sitting out for Oregon. Everybody in the market knows that, yet this line hasn’t moved. That has to be concerning. It is for me, as I have the game lined Iowa State -6 and expected the line to be there.

I do still like Iowa State here and do lean that way with the -4.5. I’m also a little interested in the under. Iowa State has scored 21, 26, and 9 in three bowl games under Campbell. This is his best offensive team in that span, but Oregon still recruits very well.