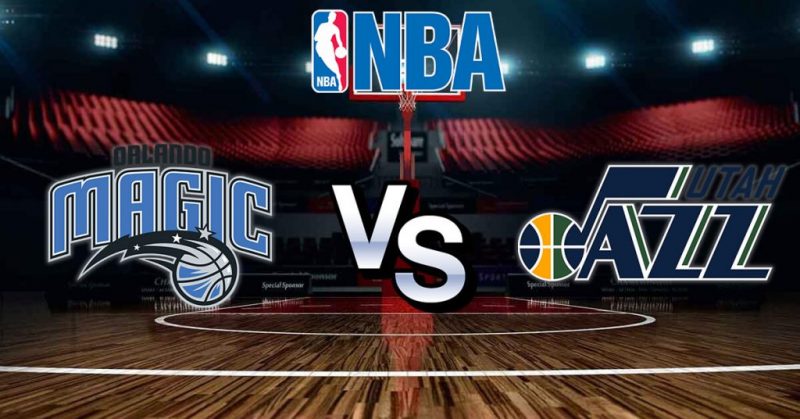 The NBA betting action continues Friday, February 11, 2022, with the interconference battle from Vivint Arena in Salt Lake City, so we bring you the best Magic vs. Jazz betting pick and odds along with the latest team stats and news.

Orlando and Utah wrap up their two-game regular-season series. Back in November, the Magic stunned the Jazz 107-100 as 11-point home underdogs. Orlando is a massive dog once more, according to Bookmaker Sportsbook.

The Magic are back on the winning track

The Orlando Magic (13-43; 25-31 ATS) have been a disaster for most of the 2021-22 season, but they’ve shown some pride lately, going 5-4 straight up and ATS in their previous nine games. The Magic are unbeaten in two straight outings on the road, coming off an impressive 113-95 victory at the trade-depleted Portland Trail Blazers.

Orlando went 19-for-38 from beyond the arc last Tuesday. The Magic also held the Trail Blazers to only 35.2% shooting from the field, allowing only 16 points in the fourth quarter. Cole Anthony led the way with 23 points, nine assists, and seven rebounds, while Gary Harris hit five triples off the bench.

During that nine-game stretch, the Magic have had a few solid defensive displays. Their defense has been a problem all season. Jamahl Mosley’s boys surrender 112.2 points per 100 possessions (22nd in the NBA) on 36.1% shooting from deep (25th).

After a tight battle in the first half, Utah shut down the Warriors and yielded only 36 second-half points. The Jazz had six players in double figures, and Bojan Bogdanovic led the way with 23 points on a 7-for-16 shooting from the field. Donovan Mitchell made only five of his 14 field goals for 14 points, but he also had ten rebounds and eight assists on the night.

Both teams have injury worries ahead of their second meeting of the season. Utah is without Rudy Gay, while Rudy Gobert is questionable to play. Gobert (calf) has missed the last eight games, and the Jazz have found a way to win four straight even without their defensive anchor in the lineup.

On the other side, the Magic miss Moritz Wagner, while Jalen Suggs is listed as questionable. Orlando will have a tall task to slow down Utah’s backcourt and pull off another upset in this series. I’m expecting the Jazz to dominate this game from start to finish. They boast the highest-scoring offense in the NBA, tallying 116.0 points per 100 possessions.

I lean the under because both Utah and Orlando have improved defensively over the last couple of weeks. However, the Jazz lean on their 3-point shooting a lot, so it looks like a tricky wager. Utah leads the NBA in triples per 100 possessions (14.9), and I would stick with the hosts to cover.