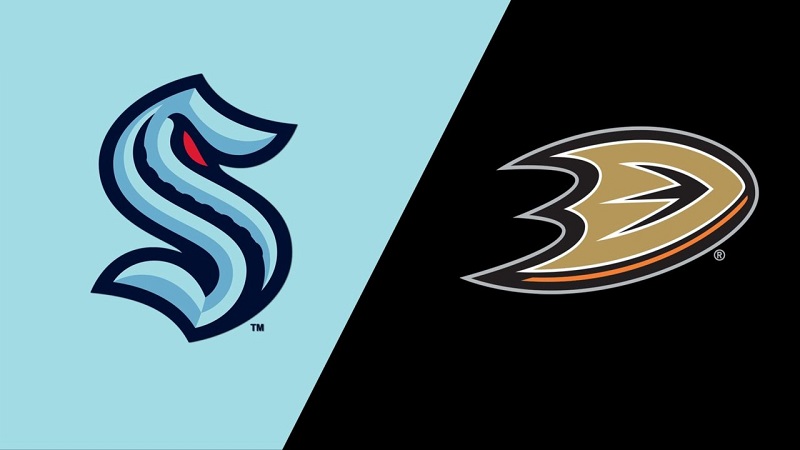 The 2021-22 NHL season continues Friday, February 11, with four games around the league, including the Pacific Division showdown from Honda Center in Anaheim, California, so we have prepared the best Kraken vs. Ducks betting pick.

According to BetDSI Sportsbook, the Ducks are firm home favorites to win this contest and sweep their three-game regular-season series against the Kraken. Back in November, Anaheim hammered Seattle 7-4 as a -170 road fave, while on December 15, the Ducks outlasted the Kraken 4-1 as -160 home favorites.

The Kraken suffered an upsetting home loss to Arizona

The Seattle Kraken (15-28-4) are coming off a 5-2 defeat to the Arizona Coyotes this past Wednesday. Playing as huge -225 home favorites, the Kraken recorded their third loss in the last four outings, failing to beat the worst team in the Western Conference.

Seattle outshot Arizona 36-27, but Karel Vejmelka posted 34 saves to lift his team over the Kraken. On the other side, Philipp Grubauer allowed three goals on 25 shots, while a couple of Arizona’s goals came on an empty net.

The Ducks failed to extend their win streak, lost at Detroit in overtime

The Anaheim Ducks (23-16-9) wrapped up their five-game road trip on the last day of January, suffering a 2-1 overtime defeat at the Detroit Red Wings. It was their second loss in the last six outings, as the Ducks failed to extend their winning streak to three games.

Anaheim took only 15 shots towards the Red Wings goaltender. John Gibson posted 26 saves for the Ducks, but his teammates simply let him down. Gibson is enjoying a nice season, tallying a 15-10-8 record to go with a 2.49 GAA and a .922 save percentage.

The Ducks take the ice for the first time since the All-Star weekend. They are well-rested and should be fired up to sweep the Kraken. Anaheim is fighting for the playoff spot in the West, so beating the lowly Seattle Kraken is a must.

Hereof, I’m taking the hosts to win straight up. They are a good defensive team, while Seattle’s defense has been one of the worst in the league all season. I’m expecting the Ducks’ blue line to make the difference. In their last outing at home, the Ducks routed the reigning champs Tampa Bay 5-1.

The under is 4-1 in the Kraken’s last five contests, and it is 5-0 in their previous five showings away from home. Also, the total has gone under in five of Anaheim’s last seven outings on the home ice, so I would ride these betting trends.

The Ducks lean heavily on their defense. They’ve allowed less than three goals in four of their previous seven games. On the other side, the Kraken couldn’t score more than two in five of their last six outings.