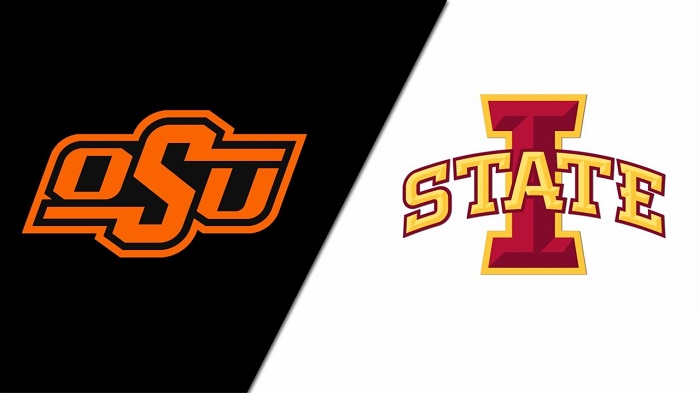 The No. 8 Oklahoma State Cowboys head to Jack Trice Stadium in Ames, Iowa, in Week 8 of the 2021 CFB season to take on the Iowa State Cyclones, so we’re taking a closer look at this Big 12 Conference showdown, bringing you the best Oklahoma State vs. Iowa State betting pick, tips, and odds.

The Cowboys search for their third straight victory over the Cyclones and are listed as 7-point road underdogs on Bookmaker Sportsbook. Iowa State is a -255 moneyline fave with a total of 47.5 points.

Last Saturday, the Cowboys beat the Longhorns as 3.5-point road underdogs. They overcame an 11-point second-half deficit by scoring 19 unanswered points. Senior RB Jaylen Warren led the way for Oklahoma State with 33 totes for a whopping 193 yards, while junior QB Spencer Sanders went 19-of-32 for 178 yards, a TD, and an interception.

The Iowa State Cyclones (4-2; 3-3 ATS) are coming off a 33-20 victory at Kansas State in Week 7. They covered as 6.5-point road favorites and earned their second straight win, as the Cyclones dismantled the Kansas Jayhawks 59-7 back in Week 5.

Junior RB Breece Hall went off for 197 rushing yards and a couple of touchdowns against Kansas State, while senior QB Brock Purdy threw for 208 yards and a TD. Hall is a key guy for the Cyclones this season, and he’s already accounted for 900 yards from scrimmage and 11 touchdowns.

The Cowboys will have a tall task to stay unbeaten, but they should have enough firepower to keep it close. Oklahoma State has been outstanding as an underdog as of late, and the Cowboys’ defense looks ready for the challenge, so I’m backing the visitors to cover.

Iowa State leans on its defense, too, so we should see a tight clash and a dramatic finish. Both teams enter this game with top-notch rushing attacks and run defenses, so with seven points on the table, the Cowboys look like the right choice.

The under has hit in the Cowboys’ last eight showings as underdogs. Also, the under is 14-6 in their previous 20 games overall and 6-0 in their last six outings on the road. The total has gone over in four of the last six encounters between the Cowboys and Cyclones, but their previous two meetings have gone in the under.

Hereof, my best Oklahoma State vs. Iowa State betting pick is the under on the totals. Both teams have been outstanding defensively so far this season.