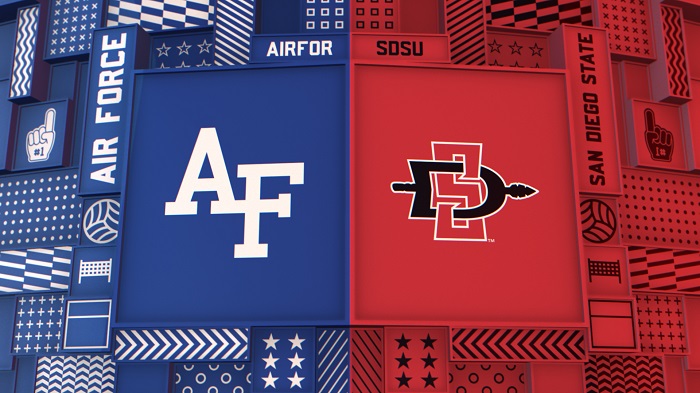 The college football betting action is heating up with Week 8 matchups on Saturday, October 23, 2021, bringing plenty of markets to choose from, so we’re taking a closer look at the Mountain West Conference showdown between the Aztecs and Falcons to get you the best San Diego State vs. Air Force betting pick and odds.

The No. 22 Aztecs head to Falcon Stadium as 3.5-point road underdogs with a total of 39.0 points on MyBookie Sportsbook. They meet the Falcons for the first time since 2018, and San Diego State searches for its ninth straight victory over Air Force.

The San Diego State Aztecs (6-0; 4-2 ATS) are coming off a thrilling 19-13 double-overtime victory at San Jose State this past Friday. They failed to cover a 10-point spread, while senior QB Lucas Johnson sparkled the Aztecs’ offense in overtime after relieving Jordon Brookshire, who went 13-of-27 for 132 yards.

Johnson tossed a couple of TD passes to Jesse Matthews, and the Aztecs managed to escape with a victory even though they racked up only 240 total yards. They struggled mightily against the Spartans’ run D and averaged a paltry 1.9 yards per carry.

The Falcons stunned Boise State for their fourth straight W

The Air Force Falcons (6-1; 5-2 ATS) upset the odds last Saturday and outlasted the Boise State Broncos as 3-point road underdogs, 24-17. It was their fourth straight-up and ATS win on the spin, and the Falcons improved to 3-1 in the conference play to occupy the second spot in the Mountain Division.

Once more, the Falcons ran the pigskin all day long. They recorded 63 carries for 307 yards, and junior RB Brad Roberts went off for 138 yards and a couple of touchdowns on 28 totes. Roberts has already accounted for 178 carries, 818 rushing yards, and eight scores so far this season.

This will be a proper test for the undefeated Aztecs. Their top-ranked run D meets the best ground game in the country. Frankly, the Aztecs have met some lousy teams so far this season, besides Utah and San Jose State, so I‘m not surprised by the odds that favor Air Force.

This should be a tight clash and could easily go either way. The Aztecs will stand a chance if they find a way to take advantage of the Falcons’ secondary, but first, they have to establish their ground game. I lean the visitors, though betting on the under seems like the most tempting move here.

The under has hit in seven of the last ten meetings between the Aztecs and Falcons. Also, the under is 8-2 in the Falcons’ last ten outings, and it is 10-3 in the Aztecs’ previous 13 showings on the road.

I’ll ride these betting trends. We should see a proper low-scoring affair, as the two tough defensive teams take on each other. They also love to run the ball, so I’m backing the under. If you’re looking for slightly lower wages, take the under 42.0 points at -163.