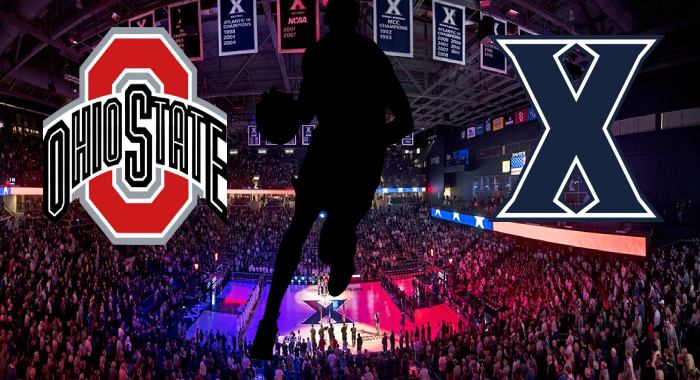 The college basketball betting action continues Thursday night with the marquee non-conference showdown at Cintas Center in Cincinnati, Ohio, so we bring you the best Ohio State vs. Xavier betting pick and odds.

The Buckeyes meet the Musketeers for the first time since 2007 when Ohio State outlasted Xavier 78-71 as a 7.5-point home fave. This time around, the Buckeyes are small 1.5-point road favorites, while the totals are listed at 140.5 points on MyBookie Sportsbook.

The Ohio State Buckeyes improved to 3-0 SU and 1-2 ATS on the young season following an 89-58 thrashing of the Bowling Green Falcons this past Monday. They covered a 16-point spread in front of the home fans after a couple of disappointing displays in an 84-74 win to Niagara and a 67-66 win to Akron.

The Buckeyes dominated the Falcons from tip-off to finish, making 51.4% of their field goals and forcing 18 turnovers. E.J. Liddell led the way with 13 points and four assists, while Zed Key added 12 points and nine rebounds.

Xavier defeated Kent State after a narrow win in the opener

The Xavier Musketeers improved to 2-0 SU and 1-1 ATS on the season following a 73-59 home victory over the Kent State Golden Flashes last Friday. They overcame a five-point deficit from halftime, allowing the Golden Flashes to score only nine points in the final 12 minutes.

The Musketeers opened the season with a disappointing 63-60 home win to Niagara, as they were listed as huge 17-point favorites. Xavier went only 8-for-27 from beyond the arc against the Purple Eagles, and the Musketeers struggled against Kent State, too, going 6-for-29 from downtown.

The Buckeyes smashed Bowling Green, but they haven’t impressed through their first two outings in 2021-22. Ohio State’s backcourt will have a tall task to slow down Paul Scruggs and Colby Jones (17.5 PPG, 6.5 RPG), while Xavier will have problems dealing with E.J. Liddell, so we should see a tight contest.

The Musketeers have a few big bodies to throw at Liddell, and if they start to knock down shots from deep, the hosts will upset the odds. This clash could easily go either way, but I’m backing Xavier because of their dynamic backcourt.

Ohio State and Xavier both prefer to take things slowly, so I’m betting on the under. The Buckeyes are recording 68.5 possessions per 40 minutes (292nd in the country), while the Musketeers are registering 69.5 (246th).

The under is 4-1 in the Musketeers’ last five games overall, and it is 6-1 in their previous seven contests played on Thursday. On the other side, the total has gone under in three of Ohio State’s last six outings at any location.