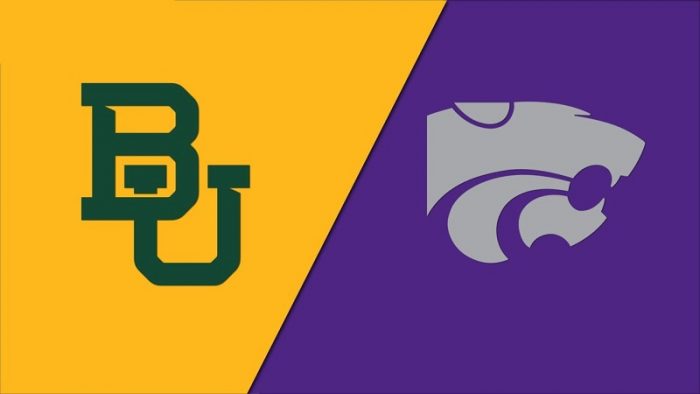 Another loaded Saturday college football card is upon us, bringing plenty of intriguing markets to the bettors, so we’re taking a closer look at the Big 12 showdown from Bill Snyder Family Stadium in Manhattan, Kansas, to get you the best Baylor vs. Kansas State betting pick.

According to BetDSI Sportsbook, the Wildcats opened as small 1-point home favorites, while the Bears are -105 moneyline underdogs with a total of 50.0 points. Last year, Baylor barely outlasted Kansas State 32-31 as a 5.5-point home fave to record its third consecutive win over the Wildcats.

The Bears stunned Oklahoma in Week 11

The Baylor Bears (8-2; 7-3 ATS) are coming off a surprising 27-14 home victory to the No. 8 Oklahoma Sooners this past Saturday. Playing as four-point home underdogs, the Bears put on a strong defensive performance and held the Sooners’ prolific offense to 260 total yards.

Baylor racked up 414 all-purpose yards against Oklahoma, as junior signal-caller Gerry Bohanon led the way with nine carries for 107 yards and a couple of touchdowns. He also completed 12 of his 21 passing attempts for 117 yards and a TD while throwing an interception as well.

The Wildcats shoot for their fifth straight victory

The Kansas State Wildcats improved to 7-3 SU and 6-3-1 ATS on the season following a 34-17 home victory to the West Virginia Mountaineers. It was their fourth win on the spin, and the Wildcats managed to cover the spread for the third straight outing.

Kansas State dominated the Mountaineers from start to finish, building a 14-point halftime lead. Sophomore RB Deuce Vaughn led the charge with 25 carries for 121 yards and a TD, while senior QB Skylar Thompson went 14-of-19 for 138 yards and a TD.

The bookies expect to see a proper thriller at Bill Snyder Family Stadium, and I cannot argue about it. Both Baylor and Kansas State have played very well over the last few weeks, so it’s tough to say who’ll win this battle.

Also, both teams are capable of playing some really good defense, so I’ll take the visitors because of their prolific and well-balanced offense. Baylor is arguably a better offensive team than Kansas City, but this clash could easily go either way.

The total has gone under in five of the Wildcats’ last six showings as favorites and four of the Bears’ previous five outings as underdogs. Both teams lean on a sturdy defense, so my best Baylor vs. Kansas State betting pick is the under on the totals.

The Wildcats have allowed only 39 points over their previous three games while holding their opponents below a 20-point mark. On the other side, the Bears have just shut down the Oklahoma Sooners, who average 40.0 points per game.