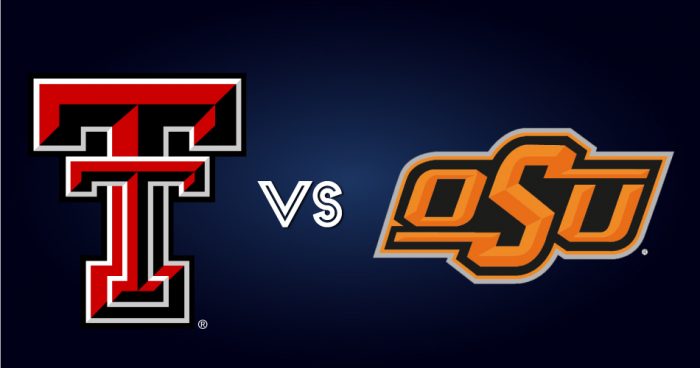 The No. 9 Oklahoma State Cowboys head to Jones AT&T Stadium in Lubbock, Texas, this Saturday night to take on the Texas Tech Red Raiders in Week 12 of the 2021 CFB season, so we have prepared the best betting pick and odds for this Big 12 Conference showdown.

According to Bookmaker Sportsbook, the Cowboys are firm 10-point favorites with a total of 56.5 points. Oklahoma State failed to cover in five straight meetings with the Red Raiders, but the Cowboys have won ten of their previous 12 games against Texas Tech.

The Cowboys shoot for their fourth straight W

The Oklahoma State Cowboys improved to 9-1 SU and 8-2 ATS on the season following a 63-17 dismantling of the TCU Horned Frogs in Week 11. It was their third victory on the spin, as the Cowboys continue to battle for the top spot in the Big 12 Conference.

Oklahoma State rolled over TCU, racking up a whopping 682 total yards. The Cowboys ran 62 times for 447 yards and Dominic Richardson led the way with 12 carries for 134 yards and a couple of touchdowns, while Spencer Sanders completed 17 of his 25 passing attempts for 235 yards and a TD.

The Cowboys held the Horned Frogs to only 273 total yards and 12 1st downs. Oklahoma State ranks eighth in the country in scoring defense, surrendering 16.4 points per game, while the Cowboys’ run D is the fifth-best in the nation, allowing just 88.4 yards per contest.

The Red Raiders gained 529 all-purpose yards and surrendered 445 to the Cyclones, who averaged only 3.6 yards per rush. Donovan Smith went 25-of-32 for 322 yards, three touchdowns, and an interception, while the Cowboys had 34 totes for 207 yards (6.1 per carry).

Texas Tech is now tallying 33.6 points per game (29th in the country) on 166.1 rushing yards (tied-66th) and 274.7 passing yards (25th). Donovan Smith is their third starter under center in 2021, as Henry Colombi got benched, while Tyler Shough is done for the season with a collarbone injury.

The Red Raiders’ offense has done a great job so far this season given its quarterback situation, but this is a tough spot for Donovan Smith and his teammates. The Cowboys are one of the most dominant defensive teams in the country, so I’m backing them to get the job done and cover a 10-point spread.

Over their last three outings, the Cowboys have allowed only 23 points in total, holding both Kansas and West Virginia to a paltry three points in the process. The under is 4-2 in their previous six games overall, and it is 8-0 in their last eight showings on the road.

On the other side, the over is 5-3 in Texas Tech’s last eight contests at any location. I’ve mentioned the Red Raiders’ defensive woes, so the totals look like a tricky wager in this one. I’ll take the over, hoping to see more of the same from Texas Tech’s defense, while the hosts certainly own enough firepower to hit a 20-point mark at home even against this stout Oklahoma State team.