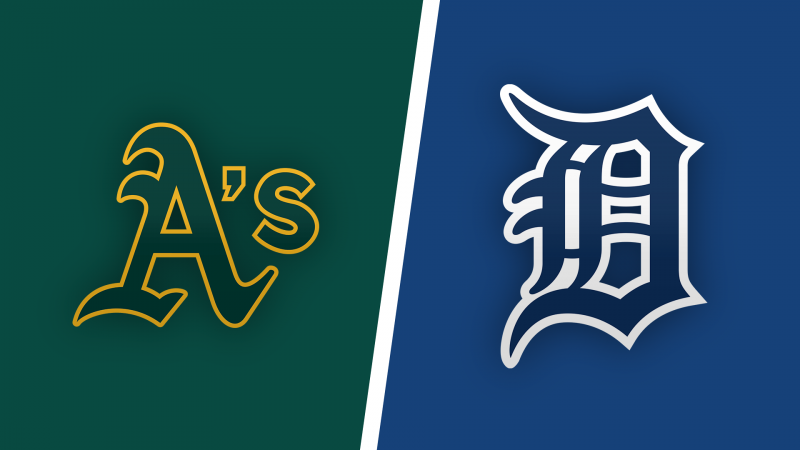 The Oakland Athletics and Detroit Tigers lock horns Thursday, September 2, 2021, to close down their seven-game regular-season series. It’s a closing clash of a three-game set at Comerica Park in Detroit, so here’s the best A’s vs. Tigers betting pick along with the latest odds update (Wednesday’s middle game has been excluded from the preview).

The A’s smashed the Tigers 9-3 last Tuesday, playing as slight -113 road favorites. It was their 23rd win in the last 24 encounters with Detroit, and the A’s opened as -161 moneyline favorites for Thursday’s closer. The Tigers are +148 underdogs with a total of 9.0 runs on MyBookie Sportsbook.

The Athletics have to improve at the dish

The Oakland Athletics had 12 hits and 25 total bases in that 9-3 thrashing of the Tigers. The A’s desperately need more from their offense that has scored just 44 runs in the last 12 games while posting a disappointing .227/.297/.389 slash line. They improved to 73-59 on the season and trailed the bottom wild card by one game ahead of Wednesday’s clash against Detroit.

Sean Manaea will take the mound Thursday, looking to bounce back from his previous start, as the 29-year-old lefty yielded five earned runs across 4.1 frames in an 8-2 defeat to the Yankees this past Friday. Manaea is now 8-9 with a 3.97 ERA and 1.25 WHIP in 26 starts this term, but he’s struggled mightily through five starts in August, tallying a 9.90 ERA across 20 innings of work and giving up eight home runs in the process.

The southpaw is 3-1 with a 2.88 ERA and 1.04 WHIP in four career starts against Detroit. Manaea met the Tigers in May and yielded three earned runs on nine hits and two walks across six innings in a 4-1 home loss.

The Tigers’ offense is bad, too

Over their previous 12 games overall, the Detroit Tigers have scored only 36 runs on an awful .236/.270/.383 batting line. They fell to 62-71 on the season following that 9-3 loss to the A’s, extending their losing streak to four games, and the Tigers have won just four of their previous 14 games at any location.

Manning put on a strong performance last Friday, tossing six innings of a one-run ball in a 2-1 home win over the Toronto Blue Jays. He gave up six hits and one free pass while striking out five but had to settle down with a no-decision.

The A’s desperately need a win, and if you like to follow the betting trends, the visitors are your team here. Sean Manaea will hopefully pick up the pieces in a favorable matchup with the slumping Tigers, while the Athletics’ offense should hit well against Matt Manning.

Both bullpens have struggled a bit in the last couple of weeks. The A’s have recorded a 4.03 ERA and 4.33 FIP, while the Tigers have registered a 4.50 ERA and 5.20 FIP. Also, both starting pitchers have been playing in a shaky form lately, so I’m backing the over on the totals.

The Tigers are more dangerous when hitting the lefties and should score a few runs to bust out of their slump. Their pitching staff cannot be trusted, and after a strong performance in the opening game of this set, the A’s will be fired up.