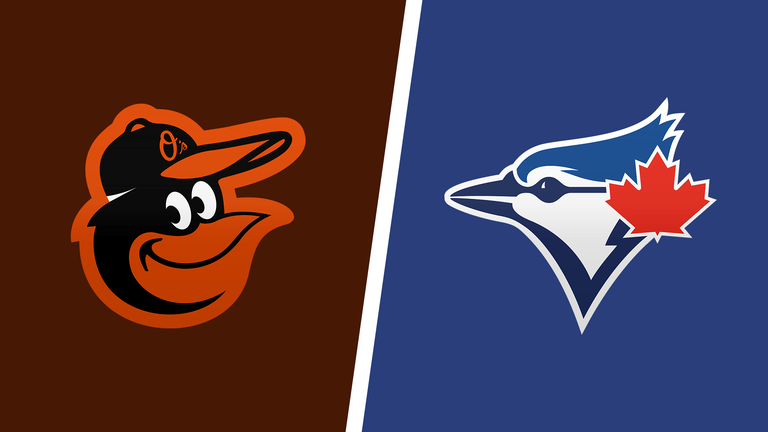 The Baltimore Orioles and Toronto Blue Jays will close down their three-game series at Rogers Centre in Toronto on Wednesday night with the first pitch at 7:07 PM ET, so we bring you the best betting pick and odds for this AL East showdown.

The Jays beat the O’s in the opener last Monday, 7-3, playing as massive -340 moneyline favorites with a total of 9.5 runs. The hosts sit at -255 for Wednesday’s closer, while the O’s are +228 moneyline dogs with a total of 10.0 runs on BetOnline Sportsbook (Tuesday’s middle clash has been excluded from this preview).

The Orioles returned to the losing track

The Baltimore Orioles fell to 40-90 on the season following that 7-3 defeat at Rogers Centre. It was their fourth loss in a row and 23rd in the previous 25 outings at any location, as the O’s have been a disaster over the last few weeks.

Baltimore has recorded the highest ERA in baseball in the last two weeks of action (6.37). Interestingly, the Orioles have posted the tenth-best OPS in that span (.755) while batting .253.

Matt Harvey (6-14; 6.18 ERA) will toe the rubber Wednesday, looking to snap his four-game skid, while the Orioles are winless in his previous five starts. The 32-year-old righty has registered a poor 6.12 ERA through his five starts in August, allowing a .828 OPS to his opponents. Last Friday, Harvey yielded three earned runs across six innings in a 6-3 home loss to Tampa Bay.

The Jays need more from their offense

The Toronto Blue Jays own the sixth-highest offense in the majors, averaging 4.99 runs per game. However, their bats have struggled a lot over the last couple of weeks, scoring only 45 runs in 13 games while slashing .239/.313/.379.

Vladimir Guerrero Jr. smacked a couple of dingers on Monday to increase his season tally to 38. George Springer returned from the 10-day IL and immediately sparkled the Jays’ offense with a couple of runs and one stolen base.

Steven Matz will face off against the Orioles on Wednesday. He met them once in July and was charged for a loss in a 7-5 defeat at Camden Yards, allowing four runs (three earned) on six hits across four innings of work.

The Blue Jays have so many dangerous weapons on their lineup. They’ll look to break out of their slump in this favorable matchup with the hapless Orioles, and I’m expecting the Jays to easily outscore Baltimore.

Matt Harvey has yielded 13 earned runs on 24 hits and four walks across 13.2 innings of work against the Blue Jays in 2021. The Orioles bullpen has a 6.11 ERA and 5.18 FIP over the past two weeks, so betting on the over is a logical move for those who prefer totals. The Jays bullpen owns a 3.98 ERA and 3.79 FIP in the last couple of weeks, and the Orioles should be able to score a few runs.

Seven of the last nine encounters between Baltimore and Toronto produced runs in double digits and went in the over. The line is a tricky one at exactly ten runs, so betting on the hosts might be a better choice.