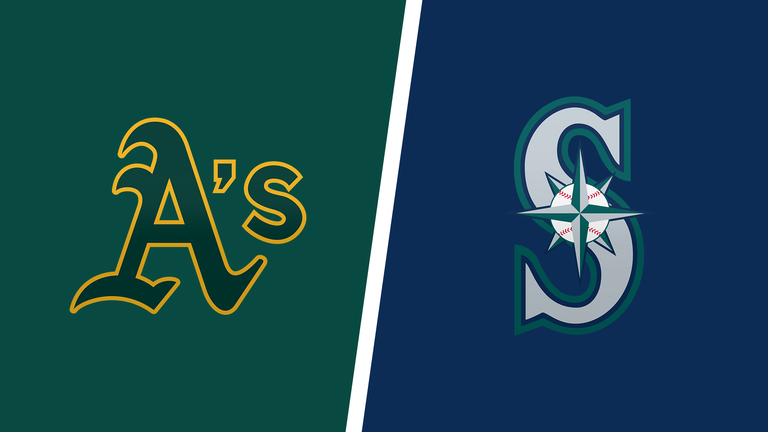 Big favorites are the story of the day across Major League Baseball, but there are a few late games with decent lines. One of them takes place in Seattle, where the Oakland A’s and the Seattle Mariners will square off in the only 10 p.m. ET game of the night.

Oakland will send ace Chris Bassitt to the hill and Seattle will counter with blossoming ace Logan Gilbert. The A’s are favored in the -115 range at Bookmaker Sportsbook with a total of 7.5 for the chase game on July 24.

This season has been business as usual for the Oakland A’s in a lot of ways. Play well, win a lot of games, and fail to beat the Astros. It has been a recurring theme over the last few seasons. Last year, the A’s actually bested the Astros for the division, but were still knocked out of the playoffs by their hated rivals.

The A’s have lost nine of 13 to Oakland this season. That means that they are 52-33 against everybody else. Oakland has actually struggled a bit within the division. They’ve erased their 4-9 record against Houston by having a 9-3 record against the Angels, but they’ve gone 5-5 against Texas and entered Friday’s game against Seattle at 4-3 before losing 4-3 on Friday night to fall to .500 against the M’s.

The A’s have actually been outscored at home on the season by two runs, but are still six games over .500. They have been every bit as good as their 26-19 record on the road. They’ll be on the road here against the Mariners once again, playing in a ballpark that really suppresses offense in a big way. Given that the A’s have played 54 games at home and this will be the 45th game on the road, they’ll have to keep swinging the sticks well away from Oakland Coliseum.

Chris Bassitt gets the call for this outing, as the 32-year-old looks to get back in the win column. Bassitt lost for just the third time this season in his last outing against the Indians. He threw a quality start, but fell to 10-3 in 20 starts. Bassitt has a 3.31 ERA with a 3.46 FIP in his 125 innings of work with over a strikeout per inning and really good command metrics across the board.

The story remains the same day in and day out for the Mariners. Bettors around the world are just waiting for this team to hit the skids. Maybe it never happens, but every alternate standings metric is pointing towards regression. The Mariners don’t even represent a competitive team if you look at their run differential and offensive statistics.

Seattle entered Friday’s game -55 in run differential. With a 51-46 record, the Mariners had a Pythagorean Win-Loss record of 43-54. BaseRuns, 2nd Order Win%, and 3rd Order Win% all had similar projections on the Mariners. At some point, maybe we have to look at this team and say that they just don’t fit the metrics and may be an outlier, but that time does not seem to be coming anytime soon for a lot of bettors.

Logan Gilbert will do everything in his power to make sure that the Mariners continue to overachieve. He’s been outstanding in 54 innings across 11 starts with a 3.50 ERA, a 3.07 FIP, and a 3.91 xFIP. He’s got 62 strikeouts against just 12 walks. He’s only allowed five home runs.

The craziest part about Gilbert’s rookie season is his home/road dichotomy. He has a .283 wOBA against at home with a 4.35 ERA and a .252 wOBA against with a 2.35 ERA on the road. Gilbert has not benefited as much from his home park as he probably should. He’s also run into more bad luck at home than on the road. That shouldn’t be the case going forward.

The position group that has allowed the Mariners to overperform to this degree is the bullpen. Seattle’s bullpen went into Friday’s game second in fWAR and had a 3.55 FIP. The 4.11 ERA really doesn’t stand up to Seattle’s league-leading record in one-run games, but the relief corps has been strong this year.

The A’s and Mariners are going to have a tough time scoring runs in Saturday’s game. There is nothing in the profiles of either Chris Bassitt or Logan Gilbert that suggests that what they are doing is unsustainable. This should be an old-fashioned pitcher’s duel in a good park to be a pitcher. This should be a total of 7.