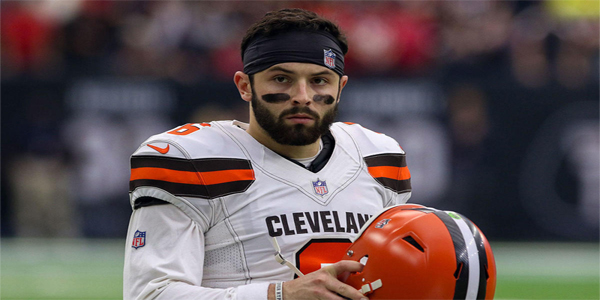 The Cleveland Browns appeared, at least from the outside, like a hot mess last season. It became apparent to many BetAnySports customers that Freddie Kitchens was a little overwhelmed with the proposition of being a head coach. The egos in the locker room were combustible and may well have combusted. The plan that had been set forth a few years before by a group in the front office that was trying to be a little more innovative and used analytics as it had been employed in baseball.

In fact, they recruited someone from “Moneyball” to help bring the vision through. Paul DePodesta, who was portrayed in that movie as “Peter Brand,” was joined by some others, like team president Sashi Brown and Andrew Berry, who headed up player personnel. But when things didn’t happen fast enough, and the team went 0-16, the analytics philosophy was flushed out and “old school” guy John Dorsey was brought in as general manager.

Dorsey made the move to appoint Kitchens as head coach, and after two more seasons, he was out and some of the analytics people are back, including Berry, who became the league’s youngest GM.

The team that has been built is the result of the stockpiling of draft choices that took place before Dorsey came on the scene. And now this team is making its move. On Sunday they will challenge the defending champion Kansas City Chiefs at Arrowhead Stadium. Kickoff is 3:05 PM ET, and BetAnySports patrons can get reduced juice for a better deal on the odds, and with Sports Betting Prime they can place wagers even after the game has started.

Here are the NFL playoff odds that have been posted by them on this game:

In the interest of being succinct, let’s go over some of the reasons the Browns can be competitive enough in this game to beat the spread:

* The emphasis on analytics itself might be one of them, because it extends to what happens in decision-making. And I am venturing a guess that it might be one of the factors that enables them to function even after losing their coach (Kevin Stefanski) to the COVID-19 reserve last weekend, as Alex Van Pelt had to step in and make the play calls.

* Cleveland has the ground game to make that happen. That should make sense. If you can “shorten” the game against KC, you have a better chance to win. The Browns are third in the league in rushing, with their duo of Nick Chubb and Kareem Hunt (who might have a chip on his shoulder after his unceremonious release from the Chiefs). Remember that Kansas City is NOT the best team in the NFL in stopping the run, nor are they among the leaders either.

* Baker Mayfield seems to be coming along, doesn’t he? If he had a “blowup” here it would be unusual. The Heisman Trophy winner has thrown just one interception in the last ten games.

* Cleveland’s offense is one of the top units in the NFL inside the red zone. They have converted 73.6% of those trips into touchdowns. Meanwhile, Kansas City is dead last in the NFL in preventing red zone TD’s, giving them up 76.6% of the time.

* Everyone knows how explosive the Chiefs are. And they were indeed 14-2 (with that loss in the season finale while resting starters). But they went 1-7 ATS in their last eight games. And as they were 7-1 straight-up in the season’s second half, those wins have come by margins of 2,4,3, 6, 6, 3 and 3 points. That’s an average of 3.8 per victory. So they have a way of making it more difficult than perhaps it should be.

* It is plausible to assume that since the public has a fascination with Patrick Mahomes, you have a real chance of getting value in any line posted on them, and that appears to be the case here.