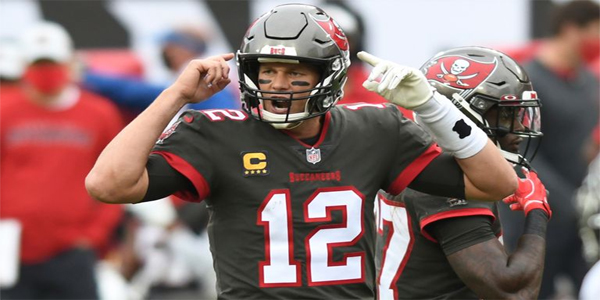 The Tampa Bay Buccaneers hope that their two losses to the New Orleans Saints are just a matter of them not having their act together yet. Now they figure they are hitting their stride as they come into the Divisional Round of the NFC playoffs.

The Bucs and Saints will indeed battle it out, with the winner earning their spot in the NFC Championship game. Kickoff is at 6:40 PM ET at the Superdome.

If you’re a BetAnySports customer, you can get reduced juice on this game, which will give you a better deal on the odds. And then, after the game has begun, you can keep the action going as you access Sports Betting Prime for real-time wagering.

The Saints have driven themselves to an NFC South title, and that has largely come on the strength of their two wins over Tampa Bay. In one of those games they admittedly may have taken advantage of the fact that Tom Brady was in his first game with new teammates and didn’t have a pre-season. he was sacked three times, hurried at other times, threw two INT’s, including a “pick-six,” and took his team out of the game after a promising start in which he actually led them to a TD on the opening drive.

So after Brady got his legs under him, it was time for the rematch, which was never a contest. This time, the “G.O.A.T.” was picked off three times and was behind 31-0 at the half, at which point nothing else really mattered.

And now the Bucs find themselves in a position where they may know what they did wrong, and what adjustments they have to make to turn things around.

It’s not as if you couldn’t possibly make a case for Tampa Bay. After all, the Bucs seemingly have more artillery than anyone outside of the U.S. military. They kept adding to it during the season, with running back Leonard Fournette and later wide receiver Antonio Brown, who has always been a particular favorite of Tom Brady.

Brown wound up catching 45 passes, and he was only getting started when the Bucs played the Saints for the second time this season. This is the kind of thing folks point to when they present the case for the Buccaneers.

But what about the team on the other sideline?

Here are the NFC playoff odds posted on this game at BetAnySports:

The Saints do a few things that sort of organically thwart what Tampa Bay may try to do. One of them involves their pass rush, which is one of the best in the NFL, ranking sixth in “Sack Percentage.” They have, in the two games, sacked Brady six times. And they are not one of those “blitz-crazy” teams, so they can afford to get out in coverage against a group of receivers that is balanced to say the least.

Remember that Brady is playing a different kind of offensive approach this season, which takes longer “strokes” down the field under Bruce Arians than Brady was used to with the Patriots. So there is more risk and more opportunity for error.

And while Brady has led the NFL this season in Intended Air Yards, which documents distances passes go beyond the line of scrimmage, Drew Brees is last in the league in that category.

In this case that’s probably a plus. Keep in mind that these are two of the NFL’s best teams when defending against the run. The Bucs are actually first, yielding just 3.6 yards per carry. Because has such a great pass-catcher out of his backfield in Alvin Kamara, he can instead opt for “long handoffs” in the way of short passes to his backs.

And the guy who works best with Brees is back in the lineup and perhaps more ready to contribute than he has at any point in the season. Michael Thomas set an NFL record last year with 149 receptions. This year there were a host of things that slowed him down (40 catches), including injuries. They decided to rest him until the playoffs, and he responded with five catches for 73 yards and a touchdown against Chicago last week.

In two games against the Bucs, Brees went 55 of 67, which is an 82% completion percentage. Two sacks. Six touchdown passes. No interceptions. Meanwhile, in those same two games, the Saints accounted for 28.6% of the sacks, and 41.7% of the interceptions Brady sustained for the entire regular season.

I’m not sufficiently convinced that Brady and the Bucs are going to have a successful “Plan C.” So I’m laying the points.