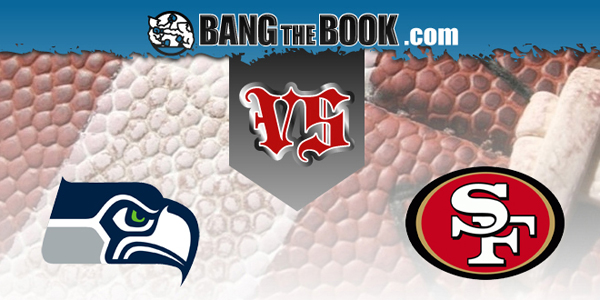 If you want to talk about the concept of “incentive,” the Seattle Seahawks don’t have a heck of a lot to play for on Sunday, unless it is for the purposes of improving their seed in the NFC playoffs. Yes, there is a scenario by which Seattle could have home field advantage throughout, or at least get to the #2 position. But we wonder whether that is enough for them to bypass the opportunity to rest some starters at some point during their game against the San Francisco 49ers, which takes off at 4:25 p.m. Eastern time at State Farm Stadium in Glendale, Arizona.

The Seahawks have clinched the NFC West and carry an 11 – 4 record into the proceedings (8 – 7 against the points). They can actually claim the top seed in the NFC if they win and the New Orleans Saints and Green Bay Packers lose their respective season finales. And perhaps hosting playoff games at CenturyLink Field after a first-round bye is a pretty good formula for them to get to the Super Bowl.

Speaking of the Super Bowl, that was exactly where the Niners were last season, but it just didn’t seem in the cards for them this year. No team in the NFL was as ravaged by injury as they were, and if you listen to head coach Kyle Shanahan, it started at The Meadowlands when the new turf fields they put in was problematic, causing knee and Ankle injuries. That’s a long story, but at one point or another, there have been close to two dozen players in the starting lineup out of action.

That includes quarterback Jimmy Garoppolo, whose backup, Nick Mullens, also suffered a season-ending injury. So last week the 49ers went with CJ Beathard, who had starting experience with them, and he led them to a victory over the Arizona Cardinals. Jeff Wilson, practically the only healthy running back they have left, had 153 yards on the ground. So this team has not given up yet. And that is something Seattle has to be keenly aware of.

Enter the NFL odds that have been posted on this game by the folks at BetAnySports, Seattle is the heavy road favorite:

In the previous meeting, on November 1st, Seattle registered a 37 – 27 victory, and the two teams combined for 51 first downs, despite a total of only 153 rushing yards. That is surprising, considering that both of these coaches love to run the football. We do have to recognize, however, that while San Francisco ran the ball 51.4% of the time last season, that figure is down to 42% this year. On an overall basis, Seattle has been running less as well, but they have been raising those numbers in recent games. In fact, they have called 47% running plays over their last three contests, and Chris Carson has some pretty good numbers right now, despite injuries, as he has gained 637 rushing yards with 4.9 yards per attempt.

Russell Wilson was the subject of a lot of MVP talk in the early stages, but he’s pretty much out of the picture now, despite his team’s division title. His completion rate of 69.7% is the best of his career, and with his next touchdown pass he will establish a career high in that department. But he has also thrown 13 interceptions, which ties the most he has had in one season.

One of the strengths of the Seahawks is their ability to convert red-zone opportunities. They are third best in the NFL with 74.5% touchdowns when they get inside the opponent’s 20-yard line.

However, they are not the scoring machine they were earlier in the season, and that is perhaps why the awards talk for Wilson has kind of fizzled. Seattle scored more than 30 points in seven of its first eight games, but over the last seven games, the Seahawks have exceeded 28 points only once. The by-product of this is seven straight games that have gone under the total.

You want to give San Francisco defensive coordinator Robert Saleh also a lot of credit, because it seems that all season long he’s had very few starters available, yet the Niners have managed to post very respectable numbers. For example, their defense is fourth-best in the NFL in yards allowed on a per-drive basis, yielding less than 30. Four of their six wins have come as an underdog, and let’s not forget that they have swept the Los Angeles Rams, which has made life a lot more difficult for Sean McVay. While they are on a neutral field in Arizona, due to local restrictions on contact sports back in Santa Clara, this is now feeling very much like home. We would not be surprised if this game was decided by no more than a field goal, so we are comfortable taking the points.