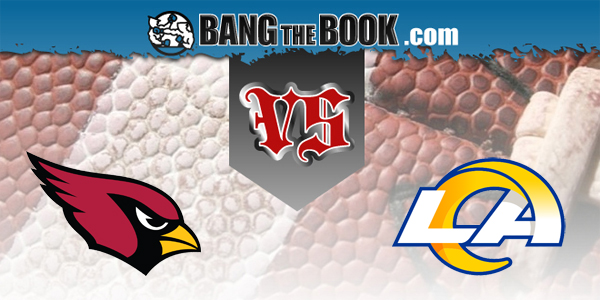 For the Los Angeles Rams, they have a pretty simple scenario to get into the NFC playoffs. If they win, they’re in. But you know what? The same thing applies to their opponents on Sunday, the Arizona Cardinals, as these two NFC West squads vie for a wild card position in the NFL’;s expanded playoff format.

The Seattle Seahawks have already clinched the division title, so that is not something that is up for grabs.

And for the Rams, there’s a bit of a twist, as they are missing starting quarterback Jared Goff, who is out with a broken thumb. So they will have to put all their money on a guy who has never thrown a pass in an NFL game before.

The Rams are hoping that if they get to the playoffs, Goff might be available. But for this particular game, they will go with John Wolford, nephew of former Pro Bowl offensive tackle Will Wolford, who played his college ball at Wake Forest and recently led the aAlliance of American Football in touchdown passes. He has the credentials to be a backup, but in a one-off scenario for playoff position, that’s another story.

Head coach Sean McVay, looking for some support, plucked Blake Bortles off Denver’s practice squad this past week. At least Bortles, a former first-round draft pick of the Jaguars, who has gone as far as a conference title game in the past, and he knows this system, having been a Rams backup last season.

For the Cardinals, it’s been an up-and-down season, the second for both quarterback Kyler Murray and head coach Kliff Kingsbury. This is a team that runs the Air Raid offense and has managed to be third in the NFL in rushing yardage. Murray, of course, is a big part of that, averaging 6.2 yards per carry, best among quarterbacks. And then there is Kenyan Drake, the former Alabama star who has had 919 yards on the ground.

In the NFL odds posted on this game by the folks at BetAnySports, the Cardinals are favored on the road:

Goff is not the only injury concern for the Rams in this game. Offensive tackle Andrew Whitworth, who has knee problems, will be out, and McVay hopes that he can come back for a possible playoff game. And wide receiver Cooper Kupp, who would have been a nice reliable outlet for Wollford, is on the COVID-19 reserve list.

There are a lot of little bumps and bruises plaguing Arizona. Murray has a leg injury that might restrict his movement a little. DeAndre Hopkins, who has had an All-Pro season at wide receiver, has a hip injury and has been limited in practice. Larry Fitzgerald, the future Hall-of-Famer, is nursing a groin injury. And Chase Edmonds, a valuable guy catching passes out of the backfield, is also suffering from a bad hip. But you know, this is one of those scenarios where it’s “all hands on deck.”

Obviously the Rams hope to rely on their defense. only one team has scored more than 28 points against them this season. They rank first in both yards and points allowed per drive, have forced their opponents to punt on 46% of all drives, and are second in the NFL in sack percentage.

But you know what? Arizona is 5th in the league in that category, with 46 sacks, and that should be more of a concern for the Rams because their quarterback is more likely to get confused by coverages, and certainly won’t be able to work play-action as effectively as Goff, for whom that kind of a thing was a major staple. So with Murray’s mobility, such as it might be, we would afford the Cardinals the slight edge in this matchup.