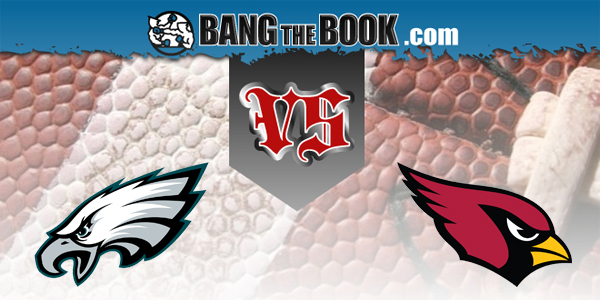 The Philadelphia Eagles were looking for somebody who could provide them with some answers at the quarterback spot. And now maybe that has happened, at least for the time being, with Jalen Hurts.

The Arizona Cardinals have had someone with those kinds of talents for a couple of seasons now. They are in the wild card race in the NFC, which might be more than anyone would have expected out of Kliff Kingsbury’s second year at the helm.

The Eagles and Cardinals will tangle on Sunday at 4:05 PM ET at State Farm Stadium in Glendale, AZ.

I guess you have to appreciate the Eagles’ position. They are committed to a ton of money on Carson Wentz, so they would look bad if they gave up on him now. But the fact is, they weren’t getting much out of him except for interceptions and sacks. And you can’t continue like that, especially when there is an opportunity to basically steal a title in a poor division.

They had drafted Jalen Hurts out of Oklahoma in the second round, but they had done so with some other things in mind. They certainly were not looking for him to compete with Wentz, nor were they looking for a successor, since it was way too early to be thinking about someone like that.

And we’re still not sure that he is going to be Wentz’s replacement, unless the Eagles decide to see what they can get for Wentz in the off-season. Hurts is in an “audition’ of sorts; for what, we don’t know just yet.

In Hurts’ starting debut, he most notably ran for 106 yards as the Eagles suddenly found a lot of life and broke New Orleans’ nine-game winning streak. Admittedly the Saints were flat coming in. But that is not to minimize the hope that Hurts was able to bring.

Running back Miles Sanders made a remark that it was nice to have someone who could provide some leadership. We wonder how many of his teammates feel the same way.

And of course the interesting thing about all this is that Arizona QB Kyler Murray preceded him in that system Lincoln Riley runs at Oklahoma. So in a sense they are similar kinds of quarterbacks. But as a passer, Hurts is a work in progress, and he didn’t have a scheme designed for him like Murray does. Doug Pederson and his staff have been doing this more or less on the fly.

The fundamentals surely favor Arizona here; after all, the Cards have the best receiver on the field (DeAndre Hopkins) as well as the fourth-rated ground game in the NFL (151 yards a game). But the Eagles had 246 rushing yards last week against a pretty good defense, and that might give you an idea of what they can do with a different trigger man.

Arizona had eight sacks against the Giants last week, but Hurts poses a whole different challenge than did a hobbling Daniel Jones. The Eagles have a good chance to mitigate the effects of the Cards’ pass rush. It’s worth taking the points here.

If you are looking to really get the most out of your betting on the NFL, BetAnySports can deliver it. You can get things started with a debit card, credit card and person-to-person transfer options, as well as Bitcoin…… Then there is reduced juice, which gives you a better break on the odds, and then if you want to stay with the action even after the kickoff, you’ve got Sports Betting Prime for real-time wagering!