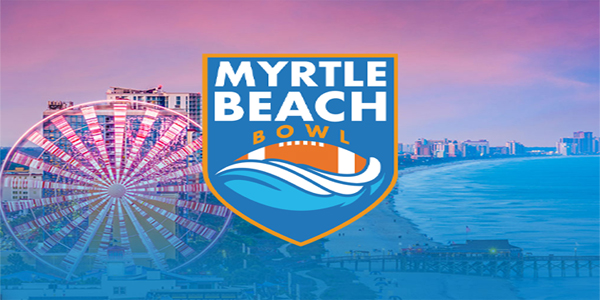 Our first bowl game is on Monday and it will feature the North Texas Mean Green and the Appalachian State Mountaineers in the Myrtle Beach Bowl on the teal turf of the Coastal Carolina Chanticleers.

It is a little bit ironic that App State will play a bowl game on the same field where their hopes of returning to the Sun Belt Championship Game came to a close. In that game, App State was +3 against Coastal. In this game, App State is -21 against North Texas at BetOnline Sportsbook. The total on the game is 64.5 and has gone up a little bit since the opener of 62.

We’ll examine this one from both sides and find a play in the first of 28 bowl games.

How watered down is this year’s bowl season? North Texas went 4-5, allowed over 41 points per game, and has made its way into the postseason of college football. The Mean Green went 3-6 against the spread and 6-3 to the over, with a combined 76.4 points on average in their nine games.

UNT’s wins were over Houston Baptist, MTSU, Rice, and UTEP and the most recent data point against the Miners came in a game in which North Texas was +3 in turnover margin, yet the Mean Green only won by two points. North Texas has had a rotation at quarterback with Austin Aune and Jason Bean. Aune got the start against North Texas and threw five touchdown passes on 16 completions. He only has a 54.6% completion percentage, but does have a 13/4 TD/INT ratio.

Bean is the running quarterback with a 12/4 TD/INT ratio. He’s only completed 53.2% of his passes for 880 yards, but has 43 carries for 336 yards. We should see some creativity from the UNT offense in the last hurrah for the season. The UNT offense ranks 14th in yards per play heading into bowl season.

Unfortunately, the defense ranks 113th in yards per play against with nearly 6.6. North Texas did outgain opponents on a per-play basis this season, but only had nine takeaways in nine games and finished -5 in turnover margin, even with that +3 in that last game. That means that the Mean Green defense only had five takeaways in eight games prior to the UTEP matchup.

Turnovers are what could keep this game close, as App State had 17 of those in 11 games.

CLAIM YOUR WELCOME BONUS FOR BOWL SEASON AT BETONLINE

This isn’t where App State wants to be. The ceiling is pretty low for Sun Belt teams in general in terms of bowl destinations, but App State is accustomed to playing for the conference title and winning it. The Mountaineers actually had two losses in conference play this season, which came against the two best teams in the conference in Coastal Carolina and Louisiana.

This hasn’t been as polished of an App State team as we are used to seeing, but the defense still ranked top 20 with fewer than five yards per play allowed and the offense still averaged more than six yards per play. The problem is that App State struggled badly against quality foes, averaging just 4.84 yards per play against teams with a winning record.

Quarterback Zac Thomas had a 19/11 TD/INT ratio during the regular season. He completed just shy of 65% of his passes, but the interceptions proved costly. Over the previous two seasons, Thomas threw 613 passes and only had 12 interceptions. He goes into this game with 11 on 275 attempts.

Whether Thomas’s struggles have had something to do with it or not, former offensive line coach turned head coach Shawn Clark relied heavily on the run game. App State had 506 carries for 2,679 and 22 rushing touchdowns with a group effort led by Camerun Peoples and Daetrich Harrington. North Texas allowed 5.45 yards per carry during the regular season, so we should see a heavy diet of the run here as well.

App State’s defense was not the problem in the team’s three losses. In fact, the Mountaineers only allowed 5.03 yards per play in losses to Marshall, Coastal Carolina, and Louisiana. The offense only mustered 4.9 yards per play.

With a quick turnaround for a bowl game, the offenses should have the most success here and the move on the over makes a lot of sense. That’ll be the official pick here, as App State has been untrustworthy as a big favorite.