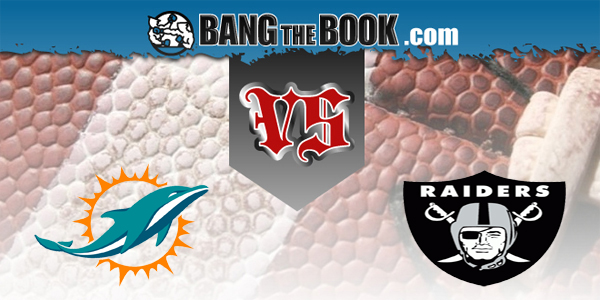 We were not all that surprised to see a turnaround on the part of the Miami Dolphins. After all, they had not only been clearing a whole lot of salary cap space, they stockpiled draft picks as well. Sometimes that kind of strategy falls on its face, putting a team in seemingly permanent “rebuilding” mode. But sometimes it works like a charm.

We did not think it was going to be so successful so quickly. We don’t want to go through all the scenarios here, but suffice it to say that if Miami wins these final two games, they are going to the playoffs.

And kudos have to go not only to head coach Brian Flores, but also GM Chris Grier, who had to engineer this very carefully. And Flores in particular has demonstrated that not ALL former Bill Belichick assistants stumble around as head coaches.

The Miami defense is tenth in the league in yards allowed per drive and best in points allowed overall. They are also the best as far as points allowed per red zone situation, so they do manage to get tough when it counts. Meanwhile, the Raiders have had a defensive nightmare for much of the season. No team in the NFL has yielded more yards per drive than they do (41). Of course, you know that Jon Gruden had fired defensive coordinator Paul Guenther, in favor of replacing him with Rod Marinelli.

BetOnline customers may see it interesting that the Dolphins were expected to rely on Matt Breida and Jordan Howard for the bulk of their running game at the outset, only to see Myles Gaskin and Salvan Ahmed, two relatively no-name performers – become key components. Those two were teammates at the University of Washington, and they have helped a ground attack that was by far the worst in the NFL last season at least become more respectable, as they are 22nd in the league with 106.3 yards a game. Ahmed had 122 out of the Dolphins’ 250 rushing yards last week against New England.

This is in great aid of the efforts of Tua Tagovailoa, who has stepped into the starting QB spot as a rookie, amidst some whispers, and is growing into the job. Wisely, Flores didn’t ask him to do too much, and Tua has a 65% completion with a ratio of nine touchdowns to just two interceptions.

A couple of his receivers are of questionable status, but does anybody think that Davante Parker (hamstring) or Mike Gesicki (shoulder) won’t wind up playing?

And frankly, the same goes for Derek Carr, who had to leave last week’s game against the Chargers with a groin injury. We will say that Marcus Mariota didn’t fill in too badly, and it would have been intriguing to see a matchup between him and Tua, as they share the same high school alma mater (the Saint Louis School in Honolulu).

In the second halves of seasons going back to 2017, the Raiders have now covered just nine out of 30 games. And Gruden has started out with a 6-3 record and failed to make the playoffs on three different occasions in his coaching career. This is not a good thing.

What IS a good thing? When you have turned the ball over only seven times in the last seven games, as has been the case with Miami. With a 9-1 ATS record in their last ten, the Dolphins are the team going in the better direction, so we’ll move with them.

BetOnline brings you down the home stretch in the NFL with the best of everything, and that includes any props who can imagine playing on this weekend’s games…….. And you most definitely want to check out Odds Booster, which offers greatly enhanced payouts on pre-selected parlays every day of the week…….. Open up an account using every possible payment method, including the digital currency of Bitcoin, and have an amazing time!