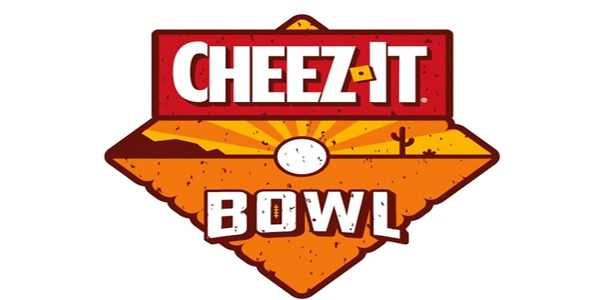 Oklahoma State and Miami square off in the Cheez-It Bowl, which will be in Orlando, Florida this year on Tuesday December 29. These are household names and ranked teams and this will be the first bowl game with two Power Five Conference teams.

The 5:30 p.m. ET kickoff comes on ESPN with Oklahoma State -2.5 and a total of 58.5 at time of writing on Saturday evening at BetOnline Sportsbook. The Cowboys won’t have Chuba Hubbard against a Miami defense that just allowed 554 yards on the ground to UNC, but that will be one of the key matchups to follow in this one.

There are a lot of angles and matchups to consider in this game and we’ll do that and see if we can’t find a pick or two on the 2020 Cheez-It Bowl in this preview.

What a Jekyll and Hyde season it has been for Oklahoma State. A strong start with wins over Tulsa, West Virginia, Kansas, and Iowa State really elevated the perception of Mike Gundy’s team. They proceeded to fall flat, going 2-3 straight up and 0-5 against the spread over the next five games. Then a masterful performance against Baylor came out of nowhere in a 42-3 win as a 6.5-point favorite.

Add it all up and Okie State went 7-3 straight up, but 4-6 against the number and 7-3 to the under. This was a tremendous defense early in the season, but during that five-game ATS losing streak, the defense had some rough performances. Overall, the Cowboys outgained the opposition by 0.4 yards per play.

Chuba Hubbard, who was a question mark to come back to Oklahoma State, did end up the leading rusher with 625 yards, but he will sit out the bowl game. His backups, Dezmon Jackson and LD Brown, actually did better on a yards per carry basis. Spencer Sanders will get the nod at quarterback with his 10/8 TD/INT ratio and 61.8% completion rate. Sanders only managed 2.5 yards per carry on 88 scrambles after rushing for 4.5 yards per pop on 139 attempts last season.

The Cowboys ran 465 times against 301 pass attempts, though Sanders’s scrambles played a role in that number. Still, OSU wants to run the rock and they should have every opportunity to do that against a Miami defense that has allowed 4.8 yards per carry.

Oklahoma State’s defense has had a high ceiling, but also a low floor this season. They’ve held six of 10 opponents to 21 points or fewer, but also allowed 41 to Texas, 41 to Oklahoma, 44 to Texas Tech, and 29 to a rather lackluster TCU offense.

Quietly, Miami went 8-2 this season. They were also 6-4 against the spread to make some money for ATS backers. It was just easy to forget about Miami because they were pummeled by Clemson and then North Carolina, which were the two best teams that they played.

To be fair to Miami, they also beat some decent teams in matchups against Louisville, Pitt, Virginia, and Virginia Tech. It wasn’t the year that the Hurricanes expected, though, particularly on the defensive side. The offense was far more explosive with D’Eriq King at quarterback with 5.97 yards per play, but Manny Diaz was brought in to uphold the high standards on the defensive side of the ball.

Instead, what happened was that Miami allowed 5.66 yards per play. This is a defense that allowed 4.74 yards per play last season and was third nationally with 4.3 YPP allowed in 2018. The 5.66 YPP this season are the most since allowing 5.78 YPP in 2015. This is the first time Miami has allowed over five yards per play since then.

It wasn’t that bad all season, but North Carolina racked up more than 10 yards per play on Miami, including 554 yards on the ground on just 55 attempts. UNC’s offense was among the best in the nation. Oklahoma State’s was not. Perhaps the Miami offense, which scored 34 points per game, can increase the margin for error a little bit for the defense in this one.

Of course, Miami also has some opt-outs as well, including Jaelan Phillips and Quincy Roche. Both teams will be missing players that have NFL futures in this one.

Bowl season has favored offense to this point and Miami has the better one. On the other hand, Mike Gundy is a top-notch bowl coach and Manny Diaz and the ‘Canes were shut out by Louisiana Tech in the Independence Bowl last season. The Hurricanes had no motivation for that game, but it was still an abominable showing.

I have to think we get a better effort here to make amends. Oklahoma State’s defense faltered late in the year and I think we see the same here. I personally make this line Miami -4.