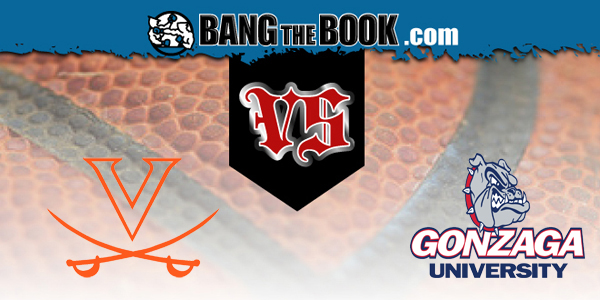 The Big Ten was the only game in town on the Christmas holiday in college basketball. A handful of games will be played on December 26, including the marquee neutral-site game between the Virginia Cavaliers and the Gonzaga Bulldogs.

In this 4 p.m. ET tip-off, Gonzaga is a growing favorite up from -7 to -8 in early-morning action, but this line has been up for a while and a lot of money has already been bet on this contest. Some places are as high as 8.5, like BetOnline Sportsbook, where the total also sits at 140.5. The side and total are kind of all over the map here based on what the book needs.

We’ll handicap both teams and find a play on Saturday’s spotlight game.

The Cavaliers were one of many teams forced into a COVID pause. They beat Kent State by seven as an 18.5-point favorite on December 4 and then didn’t play again until December 22. William & Mary got a well-rested UVA team and the Cavs had their best performance of the season in a 76-40 romp.

The Cavaliers are not unbeaten like their opponents. Virginia lost to San Francisco earlier this season by a point in a neutral setting as a 15-point favorite. Tony Bennett’s team is 4-1 straight up, 2-2 against the number, and 3-1 to the under.

Many will likely be scared of Virginia because their two data points against the best teams they’ve played have been poor. They had that loss to what is a good San Francisco team that shot 13-of-28 from 3 and then had to go to overtime to beat Kent State. Maybe that will yield some value against a Gonzaga team that doesn’t see defenses like this in the West Coast Conference.

After all, the Cavaliers still grade well both offensively and defensively, even with the adjusted metrics. Opponents are only shooting 38.6% on two-point shots thus far. Virginia is shooting nearly 81% from the free-throw line and 58.5 on deuces themselves. Seven-foot-one monster Jay Huff will provide a different sort of look for a Gonzaga team that has been very efficient at the rim.

Most of Gonzaga’s offense is predicated on getting to the rim. On “Close Twos” as defined by Bart Torvik, Gonzaga is shooting almost 73%. They’ve had a hard time in the mid-range and are only shooting 34% from three-point land. The Bulldogs have beaten Kansas, West Virginia, and Iowa, but did allow over a point per possession to those three teams.

Auburn is down a few notches this season and the back-to-back against Northwestern State provided little resistance for Gonzaga. They’ve simply outscored the other top teams that they’ve played with 102 points against Kansas, 87 against WVU, and 99 against Iowa, all in neutral settings. This game will also be in a neutral setting in Fort Worth, Texas at Dickies Arena. It will also be seen on CBS.

The interesting thing about Gonzaga to this point is that they’ve played a top-40 schedule and rank third in adjusted offensive efficiency, but their shooting numbers against are not great. They’ve allowed the opposition to shoot 49.4% on twos and 33.3% on threes. Those are pretty average numbers overall. It has been the offense that has really carried Mark Few’s team to victories.

They’re shooting 64.1% on two-point shots. Most of the team has struggled from distance, which the exception of Corey Kispert at 46% and freshman Jalen Suggs at 50% going 12-for-24. That likely makes Kispert the most important factor in this handicap for the Zags, as he’ll need to keep up his three-point prowess or hope that Joel Ayayi or Andrew Nembhard get it going. Those two are 5-of-30 combined from distance.

Two very different teams here. Gonzaga is eighth in adjusted tempo. Virginia is 347th and one of the slowest teams in the country year in and year out. Gonzaga wins with offense. Virginia can win with both offense and defense. The Cavaliers aren’t exactly the same team as last season, but they allowed 80 points once and 70 points once.

Gonzaga will have to connect on a lot of long jumpers or really dazzle the Cavs with ball movement to have as much offensive success as they’ve been having. Virginia can and will trip up in ACC play against teams that see their style of defense often, but in the last four seasons, the Cavaliers have four non-conference losses.

This line is just too high. Find the best price and take Virginia.

GET A 100% WELCOME BONUS FROM BETONLINE SPORTSBOOK