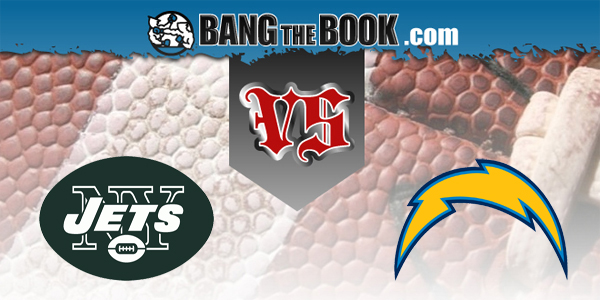 The winless Jets are in a position where they have to go with Joe Flacco again, as Sam Darnold sits with his bad shoulder. On the one hand, Flacco supplies a veteran presence – after all, he has been a Super Bowl MVP. On the other, he is a rather stationary target. And this doesn’t do the Jets any favors, as they still don’t know if Darnold is the quarterback they can take into the future with them.

So far Flacco has completed 56.7% of his passes, for 6.2 yards per attempt. He’ll be surrounded by youngsters; the Jets are getting a long look at running back La’Mical Perine (3.6 ypc). And left tackle Mekhi Becton, who has to protect Flacco, has been one of the more impressive rookies in the NFL.

What might hurt the Jets is that a thinned-out secondary is causing them to go with raw rookies back there, in starting roles. Pierre Desir, who was a free agent pickup, has been cut, and nickelback Brian Poole is out with a shoulder injury. These events and others have made head coach Adam Gase go with third-round pick Ashlyn Davis at safety and fifth-round selection Bryce Hall at one of the corner positions.

Interestingly enough, the team’s defensive coordinator, Gregg Williams, has been discouraged by the work he’s seen. He likes the energy he’s seen, and he called Friday’s practice one of the best he’s seen.

The Jets are undoubtedly going to try and get some pressure on Charger quarterback Justin Herbert. Certainly he’ll have some wrinkles to throw at the rookie, who has thrown for 19 touchdowns. last week the Dolphins (who beat L.A. 29-21) were able to take advantage of the presence of running back Kalen Ballage, who used to be a member of their team, who they knew had problems in pass protection. And Ballage did well enough last weekend (102 yards from scrimmage) that he should see significant playing time.

Herbert has weapons to collaborate with through the air; namely Keenan Allen (65 catches for 690 yards) and Mike Williams (25 receptions, 431 yards). But the Chargers have been somewhat handicapped by not having a healthy backfield in place. And no one should make any mistake – the Jets have shown the ability to make opponents one-dimensional. They are a top-five defensive line with regard to Adjusted Line Yards and Stuff Rate. And they are sixth best in the NFL in red zone defense, allowing just 55.9% touchdowns. That’s not what you would expect from a winless team.

Of course, the Jets are winless because they have been punchless on the offensive end. They’re last in the league in yards and points per drive. And they have not been able to convert on those occasions when they have ventured into the other team’s red zone, scoring a TD only 27.8% of the time.

With Flacco in the lineup they can expect the Chargers to bring the heat. He has 104 pass attempts, and he has been blitzed 50 times. Joey Bosa is available to team with Melvin Graham. The Jets say they have been looking forward to facing rookie QB’s in back-to-back games (Miami and Tua are next). So we think that Gregg Williams will have some moves that will keep Herbert somewhat off-balance. We could see this game very easily going UNDER the total.

BetAnySports has some powerful stuff to offer…… Reduced juice gives you more value in the odds, and when you access Sports Betting Prime, you can make real-time wagers while the game is in progress……. Open up your account using a debit card, credit card, person-to-person transfers and the virtual currency of Bitcoin, which never incurs a transaction fee!