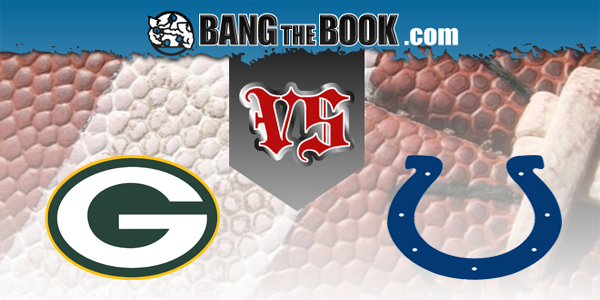 We really don’t want to put too much stick in last week’s close call for the Packers against Jacksonville. But sometimes a team is going to come out a little flat.

For Aaron Rodgers, it’s been another outstanding season. Rodgers has averaged 8.2 yards per attempt with a blistering ratio of 26 touchdown passes to three interceptions. he has also thrown 84 times out of play action. And that is what Matt LaFleur likes to do; this goes back to his duties as offensive coordinator for the Los Angeles Rams.

There was, at the beginning, some concern that Rodgers wasn’t going to be all that comfortable working with LaFleur, whose approach demands more discipline and timing. But there really is no talk like that anymore.

And one of the factors that probably contributes to Rodgers’ league-leading quarterback rating is that he has been sacked only ten times, which is quite a departure from what he has experienced for much of his career in Green Bay. And his principal protector, left tackle David Bakhtiari, was rewarded with a new deal by the team this past week.

Since the start of the 2018 season, Rodgers has been intercepted only nine times. At age 37, he perhaps sees the end of his career, but operating at such a high level as he is, maybe that is why he reportedly was a little rankled by the Packers’ selection of Utah State QB Jordan Love in the first round of the draft.

What Green Bay could really use is some strong balance for the offense. Aaron Jones got off to a hot start, but he’s slowed down, and maybe that is a by-product of his calf injury. He has gained just 119 yards on the ground over his last three games. So it is a good thing that Jamal Williams, the BYU grad, can pick up the slack a little. Williams had 77 and 75 yards in back-to-back games against Houston and Minnesota, and such a thing would be enough to allow Rodgers to operate with play action.

Rodgers is also advantaged by having a hookup with a very hot receiver right now. Davante Adams has caught 38 passes for 488 yards and seven touchdowns in the last four games. Most observers would suggest that the presence of Adams, who hasn’t always been healthy, makes this a vastly different offense.

Indianapolis has its own veteran quarterback, of course. Philip Rivers has competed 68.7% of his passes, and he has suffered only eight sacks. He can get rid of the ball in a hurry and has a highly capable offensive line.

The Colts have been banged-up a lot among the skill players. The good news is that Jack Doyle, the Pro Bowl tight end, is out of concussion protocol and should be able to play. But no one should mistake this for an explosive offense; they have averaged just 3.8 ypc, converted only 37.5% on third down, and TY Hilton, who has been considered a big-play threat for years, is averaging only 11.2 yards per reception.

The Colts are double-tough against the run (allowing just 3.5 ypc), and they are eighth in the league in yards allowed per drive. Yes, they have one of the elite linebackers in the NFL in Darius Leonard. But there has been some skepticism surrounding this stop unit. For one thing, they have relied a lot on forcing turnovers; in fact, they have made an interception on 14.4% on drives (NFL’s best).

Of course, the Packers and Rodgers aren’t too turnover-prone, and that isn’t convenient for the Colts. This one comes down to which offense is most efficient, and which quarterback you trust more. For us, it’s GREEN BAY.