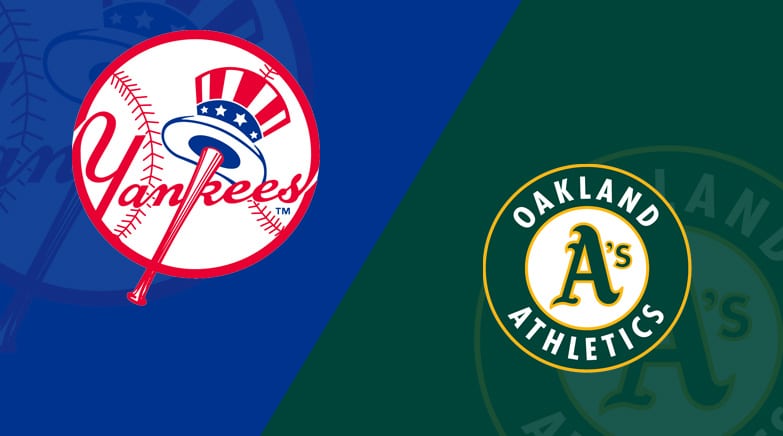 The New York Yankees and Oakland Athletics opened a four-game series at Oakland Coliseum on Thursday night, so we’ve prepared the best Yankees vs. A’s betting pick for the second contest set for Friday, August 27, with the first pitch at 9:40 PM ET.

The opening clash has been excluded from the analysis, while the Yankees are listed as -141 road favorites for Friday’s showdown. The Athletics are +130 moneyline dogs, and the totals sit at 7.5 runs on BetDSI Sportsbook.

The Yanks have been ridiculously good lately

The New York Yankees improved to 74-52 on the season following a 5-4 win at Atlanta this past Tuesday. It was their 11th victory on the spin and 19th in 23 games played in August, as the surging Yankees continue to challenge the Tampa Bay Rays for the AL East title.

Gerrit Cole will get the A’s on Friday, and he’s been terrific since rejoining the Yankees rotation on August 16. In his previous two starts, the 30-year-old righty has yielded just one earned run on seven hits and a pair of free passes across 11.2 innings of work. Cole is now 12-6 with a 2.92 ERA, 0.97 WHIP, and 191/30 K/BB ratio in 23 starts this season.

The Athletics are desperate for a win

The Oakland Athletics were a game and a half out of the playoff picture ahead of the Yankees series. They entered Thursday night’s opener riding a four-game losing streak, and the A’s went just 2-8 over their previous ten outings at any location.

Oakland is slumping, especially at the dish. The Athletics have scored only 14 runs on a terrible .220/.269/.329 batting line in their last five games overall. They’ve earned a paltry eight free passes, so the A’s will have to improve a lot in order to keep the pace in the playoff chase.

Sean Manaea will get his sixth career date with the Bombers on Friday, and he’s 1-2 with a 3.60 ERA in the previous five. The 29-year-old southpaw tossed 5.1 frames of a two-run ball against at Yankee Stadium on June 20, 2020, while striking out 11, but he had to take a tough loss, as the A’s scored just one run.

The Yankees’ offense is certainly playing in a much better form than the Athletics, and the visitors arguably have a big advantage on the mound. Sean Manaea has been pretty inconsistent all season, and he’s registered a horrible 9.77 ERA over his four starts in August.

On the other side, the current A’s are slashing .144/.187/.273 in 109 at-bats against Gerrit Cole, who’s been outstanding in each of his last two outings. The current Yankees have a .673 OPS in 70 at-bats against Manaea, but their recent form favors New York’s bats.

It’s a tough wager, considering a 7.5-run line. The bookies expect Gerrit Cole to dominate the A’s, and I cannot argue about that. Also, both teams can lean on their relievers, though the A’s have struggled a bit lately.

Sean Manaea seems like a key factor, and the lefty will try to get back on the right track after punching out 11 in his previous date with the Yankees. The A’s bullpen has registered a 4.06 ERA and 4.80 FIP over the past two weeks, while the Yanks ‘pen has a shiny 2.35 ERA and 3.39 FIP in that span.