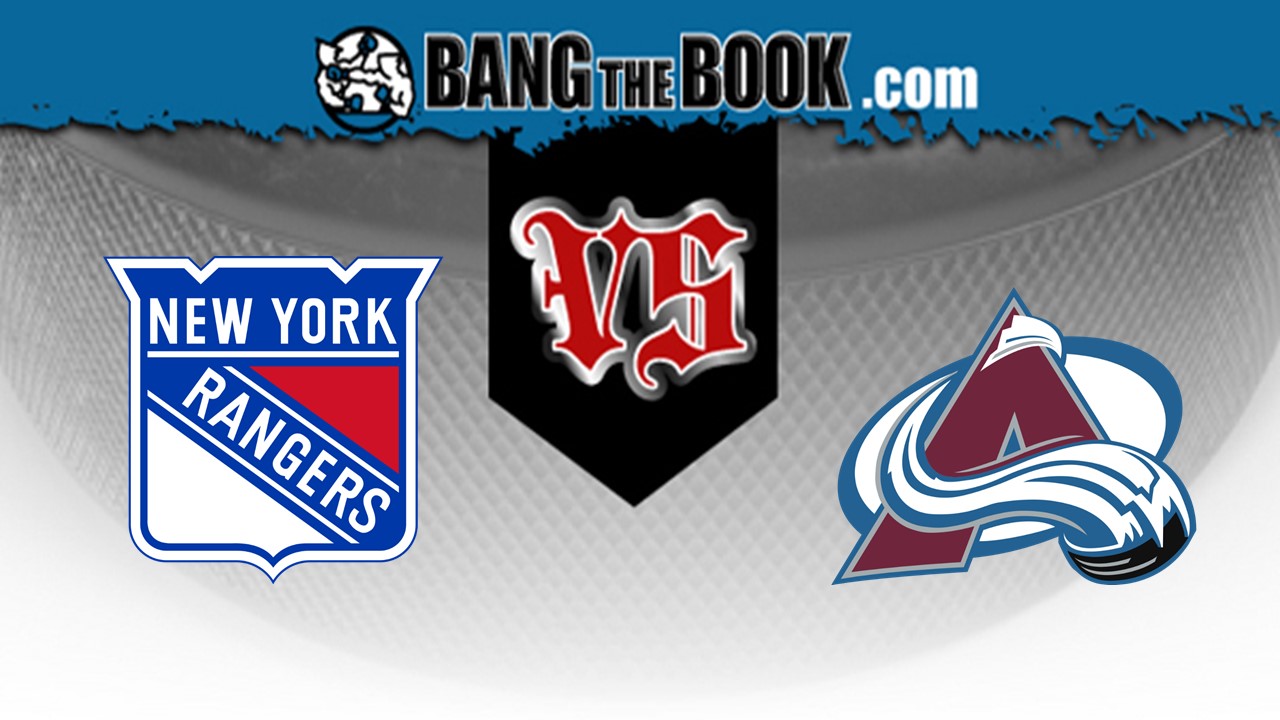 In their final head-to-head meeting of the regular season, the New York Rangers and the Colorado Avalanche take the ice at the Pepsi Center. Altitude Sports & Entertainment will broadcast this East-West matchup, which gets underway at 10 p.m. ET on Wednesday, March 11.

Colorado is 41-28 straight up (SU) and has earned moneyline bettors 1.9 units this year. That winning percentage, ranked third in the league in this young season, is a welcome improvement over the 38-44 record from last year’s regular season campaign. Of the team’s 69 games this season, 32 have gone under the total, while 32 have gone over and just two have pushed. The team is 17-15 SU at home this year.

The Avalanche have converted on 18.6 percent of their power play opportunities this season, a figure that’s right around league average. On the other hand, their penalty kill is ranked 15th overall, and they’ve successfully killed off 80.5 percent of all penalties.

With a .916 save percentage and 27.1 saves per game, Philipp Grubauer (19 wins, 17 losses, and four OT losses) has been the best goalkeeper for Colorado this season. If head coach Jared Bednar chooses to rest him, however, the team might turn to Pavel Francouz (21-12-12 record, .922 save percentage, 2.43 goals against average).

The Avs will continue to look for leadership out of Nathan MacKinnon and Cale Makar. MacKinnon (93 points) has put up 35 goals and 58 assists and has recorded multiple points on 29 different occasions this year. Makar has 12 goals and 35 assists to his name and has recorded at least one point in 34 contests.

New York has earned moneyline bettors 10.9 units this year and is currently 37-32 straight up (SU). Through 69 regular season outings, 34 of its games have gone over the total, while 32 have gone under the total and just two have pushed. The Rangers are 19-14 SU as the away team this season.

The Rangers have converted on 23.3 percent of their power play opportunities this year, a mark that’s good enough for seventh-best in the league. On the other hand, its penalty kill unit is ranked 22nd overall and it’s successfully killed off 78.0 percent of all penalties.

Alexandar Georgiev (.910 save percentage and 3.05 goals against average) has been the primary option in goal for New York. Georgiev is averaging 28.5 saves per game and has 17 wins, 16 losses, and one OT loss to his credit.

Artemi Panarin (32 goals, 62 assists) has been one of the top playmakers on offense for the visiting Rangers.

Colorado is 1-1 in games decided by a shootout this season while New York is 1-2 in shootouts.

For both of these teams, the total has gone over in three of their last five outings.