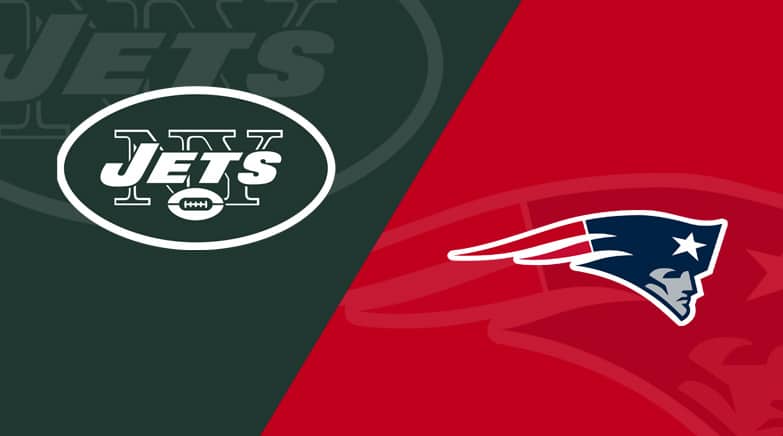 The New York Jets head to Gillette Stadium in Week 7 to wrap up their regular-season series against the New England Patriots. Back in Week 2, the Pats easily outlasted New York as 3-point road favorites, 28-14, to record their 11th consecutive victory over the Jets.

This time around, the Patriots are 7-point home favorites on BetDSI Sportsbook. New York is listed as a +255 moneyline underdog with a total of 42.5 points, so let’s see what’s the best Jets vs. Patriots betting pick for Sunday, October 24, 2021.

The Jets dropped four straight on the road

The New York Jets (1-4; 1-4 ATS) are coming off a bye, looking to bounce back from a 27-20 defeat to the Atlanta Falcons at Tottenham Hotspur Stadium in London. It was their fourth consecutive defeat away from home dating back to the previous regular season, and the Jets are only 1-10 SU and 2-9 ATS in their previous 11 contests on the road.

The Jets own the lowest-scoring offense in the NFL, tallying 13.4 points per game. They rank 31st in both total yards (267.0) and rushing yards per game (74.0), while rookie QB Zach Wilson has tossed for 1,117 yards, four touchdowns, and nine interceptions so far.

Wilson has struggled mightily through his first five starts. He was tortured by the Pats’ defense in Week 2, finishing the game with four interceptions and no TD passes. Rookie RB Michael Carter leads the way for New York’s backfield with 47 carries for 165 yards and a couple of touchdowns, while WR Corey Davis has 20 receptions for 302 yards and three scores.

The Pats lost three of their last four contests

The New England Patriots (2-4; 2-4 ATS) are coming off a tough 35-29 overtime defeat to the Dallas Cowboys in Week 6. It was a crazy game at Gillette Stadium, as the teams combined for 27 points in the fourth quarter, and the Patriots rallied from a six-point deficit. However, the Pats ran out of gas and conceded a winning TD after 6:08 of play in overtime.

Mac Jones went 15-of-21 for 229 yards, a pair of touchdowns, and a costly interception that ended up in pick-six. Damien Harris carried the pigskin 18 times for 101 yards and a TD, while Jakobi Meyers had five catches for 44 yards.

We all know how Bill Belichick loves to torture rookie quarterbacks, and he already did it to Zach Wilson in Week 2. On the other side, Mac Jones is arguably the best rookie signal-caller in the NFL at the moment, so I’m backing the Pats to win by at least a touchdown.

New England leans on its defense, though that performance against the Cowboys is certainly concerning. Anyway, the Cowboys own the highest-scoring offense in football, and I’ve already mentioned who’s sitting bottom of the list.

The under is 7-3 in the Jets’ last ten games overall which is not strange given their awful offense. They were one of the worst offensive teams in the league last year, and nothing has changed with Zach Wilson under center.

The line is set pretty low, but I’m expecting the Pats’ D to bounce back from a poor display in Week 6 and shut down the hapless Jets. Six of the last nine meetings between the Patriots and Jets produced fewer than 43 points in total.