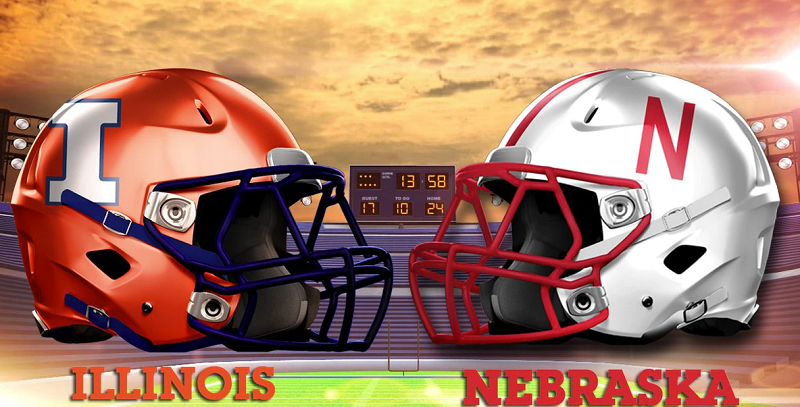 The Nebraska Cornhuskers and Illinois Fighting Illini open up the college football season with an early afternoon showdown in the Big10 on Saturday afternoon. Illinois is coming off a disappointing season, going 2-6 in the conference, losing their last three games of the season. Nebraska did not fare much better, going 3-5.

The Cornhuskers enter with an impressive ground attack that should help them dominate this game. Quarterback Adrian Martinez is not a dynamic QB who will lead this team to numerous victory, but they do have a solid ground game and an exceptional offensive line that should be very difficult for Illinois to try to stop.

That better be the case for Nebraska, as coach Scott Frost is on the hot seat after going 12-20 through his first three seasons in Lincoln. He will need to get this team back to elite status if he is going to be on the sidelines in Lincoln in 2022.

The Cornhuskers could be missing Markese Stepp who transferred from USC. He was expected to be a big addition, but a toe injury suffered in fall Has not healed properly.

Illinois Looks to Keep to the Ground

In last season’s victory over Nebraska, the Fighting Illini road the legs of two running backs who each gained over 100 yards in the contest. Both of those backs return, which should give Illinois a solid ground attack to go along with the play of Brandon Peters. Peters also shined in last season’s contest, completing 72% of his passes for 205 yards and a TD. The offense should star in this game.

Head Coach Lovie Smith is gone, with Bret Bielema taking the reins. Smith never was able to get the Illini to live up to expectations, and so it will be up to Bielema to try to turn this program around. That is a tall order in a division that boasts Wisconsin and Iowa.

Illinois enters this contest healthy, which is good news for a struggling defense. There is not a lot of talent to slow down this Nebraska running attack, so it is going to be up to the offense to keep this team in the game.

No one understands the pressure he is under better than Scott Frost. This is the kind of game he simply has to win if he is going to keep his job, and a loss this early in the season is going to have fans clamoring for him to be let go.

Illinois should have some success moving the ball, but they have no defense. They will not be able to do anything against that Nebraska offensive line, which is going to be the difference in this game.

Points have not been an issue when these teams have met recently. In the last three meetings the teams have combined to score at least 64 points in each of those contests, including 89 scored back in 2018. There may not be as much offensive firepower in this contest, as they are playing each other earlier than in any of the previous eight meetings, but the offenses should still be able to put up some points. Neither defense is very good, so the offenses should have their way. Look for at least 60 to be scored in this game.