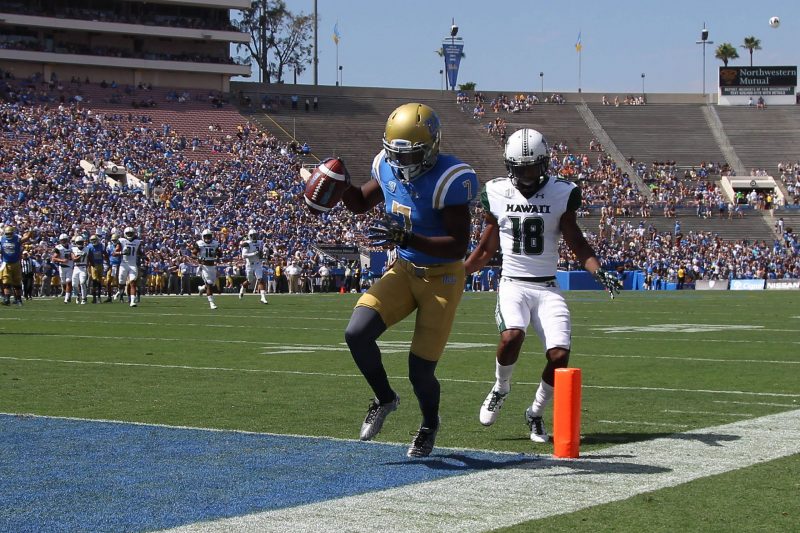 The Hawaii Rainbow Warriors open the college football season against the UCLA Bruins on Saturday. Hawaii is coming off a 5-4 season where they went 4-4 within the Mountain West Conference. The Rainbow Warriors finished with two victories to close out the season. UCLA finished 3-4, losing their last two games of the season.

UCLA is the favorite in this contest at -17.5 (-112) at BetAnySports with the odds set for Hawaii at +108 at -17.5. This is a dramatic increase from the initial line, which was set for the Bruins at 9.5, but has increased rapidly over the last week. These teams have met four times with UCLA winning all four contests.

This could be quite a year for the Rainbow Warriors, as they have a majority of their starters on both sides of the ball who are returning this season. That starts on defense, where their front seven is intact and has a lot of speed and size.

The defense is going to be the strength of this Rainbow Warriors team. All 11 starters are returning and they showed tremendous improvement as the season went along. The team was 21st overall against the pass helping the team go under the total in all five games on the road.

Head Coach Chip Kelly has been known to produce highflying offenses, but last year the team did not reach expectations. That was not the fault of Kelly however, as he had a host of transfers that were supposed to come to the school but did not show due to the pandemic. Now he has his group of players in place ready to lead an offense that puts up some big numbers, averaging 35.5 points per game. This should be an exciting year for the Bruins.

UCLA is led by Dorian Thompson-Robinson who completed 90 of 138 attempts for 1120 yards in just seven games. That is an impressive 8.1 yards per attempt average. He did lose his star running back, but Brittain Brown returns, who carried the ball for 543 yards and averaged 6.6 yards per carry.

All four losses UCLA suffered last season came by six points or fewer. That includes a three-point loss on the road at Oregon and a five-point loss to USC. This team has the tools and ads running back Zach Charbonnet from Michigan, which should make them even more impressive.

I am sure that UCLA is going to win this game, but I am not impressed by their defense at all. Hawaii has enough on the offensive side of the ball to make some noise, and I look for them to put up at least 30 in this game. The Bruins are going to move the ball as well, and will score probably in the low 40s, but that will not cover the spread.

This is going to be arguably the most exciting game of the day, and a good one for gamblers if you go with Hawaii.

Points are not going to be an issue in this contest. Both teams have good offenses, and the Bruins defense is suspect. Consider that UCLA was averaging 35.5 points per game last season with a team that was not acclimated to Kelly’s system. With the junior transfer at running back and quarterback more comfortable in the system, UCLA is going to move the ball.

The same can be said for Hawaii. They have a young quarterback who proved he could learn his new head coach’s system well and he has a couple of big weapons. Let me repeat – points are not going to be an issue in this game.

I look for the total to be in the 70s, so the over is definitely the smart pick here.