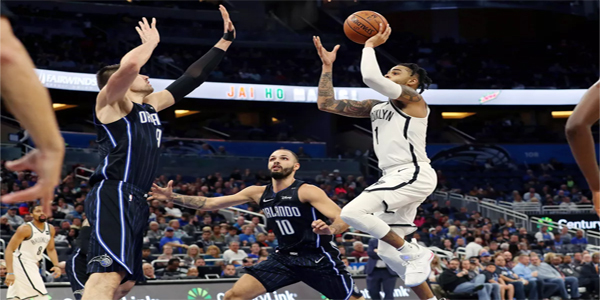 The Brooklyn Nets are one of those teams that was probably playing for next year anyway, as they were going to have to wait until then for Kevin Durant to be able to perform for them, and Kyrie Irving was also hurt. But the hiatus created by the pandemic was not kind to them. They have lost all kinds of talent off this roster, with people like Spencer Dinwiddie, DeAndre Jordan, Taurean Prince and Michael Beasley victims of the coronavirus, Wilson Chandler is opting out and Nic Claxton is injured. So it would be no surprise if BetAnySports customers did not afford them much of a chance.

There are some members of the rotation who are still available, like Joe Harris, who is averaging almost 14 points and hitting 41% of his three-pointers, and Jarrett Allen (9.5 ppg), the big man. Combo guard Tyler Johnson was also signed. But the guy who the Nets will likely rely on for point production is Caris LeVert, a 17.7-point per game scorer who has been “on the verge” for a while. Brooklyn slumped offensively when he missed time with a thumb injury.

Management had to improvise during the break; they reached out and acquired a veteran power forward in Lance Thomas, who they had cut in the pre-season, and made a move toward some “instant offense” by picking up Jamal Crawford, a three-time Sixth Man of the Year. At age 40, he may still have some “game”: left in him, and what’s interesting is that in his last regular season NBA contest, he scored 40 points.

The Nets kick things off on Friday with a game against the Orlando Magic, slated for 2:30 PM ET. In the NBA odds that have been posted on that game at BetAnySports, Brooklyn is a seven-point underdog, with a total of 211 points.

One of the mysteries that surrounded this team involved why coach Kenny Atkinson was fired. Atkinson led the team into the playoffs last season and generally based his attack on setting a brisk pace and tossing up a lot of three-pointers. There was no dissatisfaction that could be detected, but he was let go anyway. And the consensus is that Durant and Irving were interested in having someone else come in. So Jacque Vaughn has come into a difficult situation as interim coach, and he is doing so as rumors swirl about who could be his replacement. Marc Jackson and Tyronn Lue are two prominent names that have been mentioned.

Despite this, Vaughn may get a fair chance to show that he can handle the situation, and won’t necessarily be judged on wins and losses, considering the Nets at the moment resemble a strike replacement team.

Brooklyn was impressed by the way former University of Florida guard Chris Chiozza handled the point. And he’ll get some help from people like Jeremiah Martin, who tallied 17.7 ppg in the G-League. And Garrett Temple (10.3 ppg), who seems to have been around forever, adds a genuine defensive presence in the backcourt.

Even though this is a team aiming to do some damage in the 2020-21 season and is trying to develop some youngsters, it’s not as if there isn’t a pressure cooker right now. At 30-34 (31-33 ATS), the Nets are in seventh place, and if they can hold that position, they will automatically qualify for the playoffs. But they are only a half-game ahead of Orlando, so they could find themselves having to do a two-game play-in if Washington can keep within four games of them. So the whole thing can fall apart, although the REAL Nets will have plenty of time to make that right.

In an interesting proposition, Brooklyn is -260 to secure the eighth seed. That means they wouldn’t stay in the seventh seed, but wouldn’t drop a two-game play-in to Washington, which is also missing plenty of talent. This skeleton crew scored just 68 points in a scrimmage loss to Utah, but they came back to play much better in the next one. Still, I don’t think the -260 is wise. I’d actually rather pass or move with Washington at +1300 to grab that #8 spot.