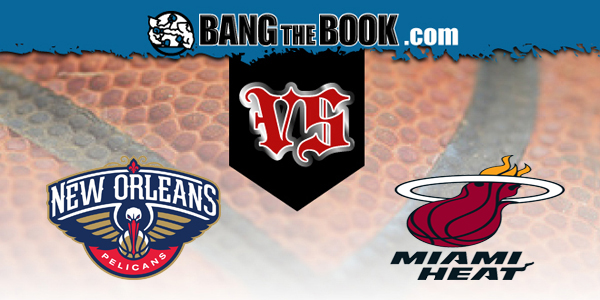 NBA Betting — Pelicans Out to Complete 2-0 Florida Trip vs. Heat

Yes, it’s a big Christmas in the NBA, as it usually is, and the Miami Heat will kick things off as they host the New Orleans Pelicans.

The New Orleans Pelicans know that there is a real future in front of them. On those occasions when they had a healthy lineup, they were rather formidable. But they figured that they had to make a move to get to the next level. So they said goodbye to journeyman coach Alvin Gentry and brought Stan Van Gundy aboard.

Listen – Van Gundy is not exactly a “2.0” selection. He doesn’t embrace analytics like the rest of the league. So don’t expect that he will gratuitously have his team shooting triples. But he is a guy who relates to players, and he will have his work cut out for him as he assembles a roster that has been overhauled to a considerable extent.

Trading Jrue Holiday was a big move. But New Orleans may have improved itself on defense on an overall basis, as they brought in Eric Bledsoe, George Hill and Steve Adams. When it comes to Adams, it’s about being physical and not letting anyone bully the Pels inside. And we imagine it’s also about complementing the two stars, who at the moment are Zion Williamson and Brandon Ingram.

Point guard Lonzo Ball, who like Ingram came over in the trade that sent Anthony Davis to the Lakers, is steady but not a great shooter, and he was not offered a contract extension, which means he’ll likely explore the free agent market after the season. With Bledsoe, Hill and rookie Kira Lewis, the Pelicans must feel they can afford to lose him if they have to.

In the opener, Ingram had a sensational evening (24 points, nine rebounds, eleven assists, three steals) as the Pels went to Tampa and beat the Toronto Raptors (who have transplanted there) 113-99. JJ Redick, who played for Van Gundy in Orlando, made six triples.

And speaking of Orlando, the Heat lost their opener 113-107 to the Magic. Last year’s team was a tough act to follow, making it to the NBA Finals with undrafted players like Duncan Robinson and Kendrick Nunn occupying key roles, and Goran Dragic and Bam Adebayo suffering injuries. Certain role players like Mo Harkless were brought in who would not upset the chemistry.

Dragic is back to his role of coming off the bench, and the combo guard poured in 20 points. Adebayo (25 points), who averaged 15.9 points and 10.2 rebounds last season, appears ready to make a big leap. But there is the feeling on the part of many that the Heat overachieved just a few months ago.

Interestingly, Van Gundy coached in Miami up until the year before they won their first NBA title. He has an impressive array of talent, and with the veteran pickups there is less of a worry that he’ll have a team that lacks the experience to contend. because contend they will. How minutes Zion (who has suffered through injuries that have slowed him down) can play in the early going is disputable. But no one will get a free trip down the lane, thanks to Adams, and they won’t have to worry about having to keep up with Miami up and down the floor, since the Heat doesn’t play that kind of game.

There won’t be any surprises here if New Orleans gets to 2-0 in the Sunshine State.

BetAnySports gives you the very best of hoops every day…….Lots of great props and halftime lines and of course, reduced juice to get better odds. If you miss the opening tip, no problem, as you can do real-time wagering through Sports Betting Prime…… Open an account with a debit card, credit card, person-to-person transfers or the virtual currency of Bitcoin, which is fast and easy with their automatic system, and NEVER incurs a transaction fee!