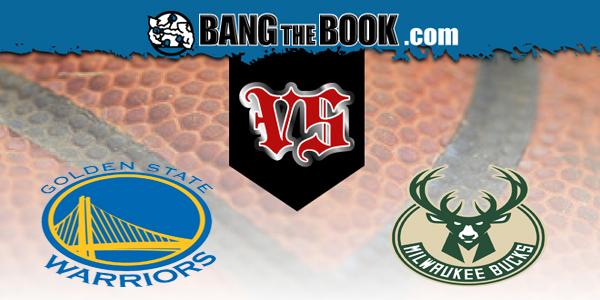 The Golden State Warriors were a mess on opening night, losing by 26 points to the Brooklyn Nets. Will they make a better account of themselves on Christmas Day, or will the Milwaukee Bucks be allowed to get some redemption for their own opening game loss?

You can imagine that the pressure is on in Milwaukee. Giannis Antetokounmpo, a winner of back-to-back MVP awards, signed a $220 million contract extension but has not brought his team to the NBA Finals as of yet. So there was indeed a sense of urgency before re-convening.

The new general manager is Jon Horst, and he executed a trade for Jrue Holiday, who averaged 19.1 points for New Orleans and provided a defensive upgrade, even over All-Defensive team member Eric Bledsoe. Holiday is considered by many of his peers to be the premier defender at the guard position, and he can indeed defend both backcourt positions.

Where the Bucks went awry was in their handling of free agency negotiations with Bogdan Bogdanovic, where they were found to have begun free agent negotiations before they were authorized to, and lost the player, plus a second-round draft pick, as a result.

Holiday is paying dividends. He had 25 points in Wednesday’s opener, a 122-121 loss to Boston which probably demonstrates more how formidable the Celtics are than how much of a decline the Bucks may be having. Giannis once again had the numbers – 35 points and 13 rebounds – but he missed a free throw at the end that could have extended things.

If you are familiar with Mike Budenholzer’s approach, you know that he emphasizes defense, and his team has finished #1 in the NBA in Defensive Rating each of the last two seasons. They are happy to let opponents shoot threes as much as they want, but they are going to deny drives to the hoop and second-shot opportunities as much as they can.

And we’ll be honest – coming off a loss, they are the last team the Warriors want to see right now. One good thing about Golden State’s 125-99 defeat at Brooklyn, we suppose, is that the starters got a lot of rest, as the blowout – evident after a 40-point first quarter by the Nets – created almost immediate garbage time.

Sure, Steph Curry is awesome, but he was just head of a very bad shooting pack, as the starters hit only 32% of their shots. Newcomers Andrew Wiggins and Kelly Oubre were 7-of-30 between them. There was some encouragement to be found in the play of rookie center James Wiseman, who had 19 points and six rebounds. Whether Golden State makes the center spot a focus of the offense – something it hasn’t done in recent years – remains to be seen.

It should be noted, of course, that Wiggins and Oubre have come from NBA destinations where they were not required to be key contributors to winning programs. And the effect of the absence of Klay Thompson is obvious. Draymond Green missed the opener with a foot injury; he’s listed as questionable here and if he plays, we would expect a difference.

HOW much different is another matter. Remember that Curry is coming off a season marred by injury, and he was 7-of-21 in Brooklyn. A team with a real defensive concept, like Milwaukee, could create some havoc against a team that is still struggling to play together on offense. And Wiseman will run into Brook Lopez, who made the All-Defensive squad last year.

Until Golden State shows us they’re much improved over last year, we’ll lay the points.

BetAnySports gives you the very best of hoops every day…….Lots of great props and halftime lines and of course, reduced juice to get better odds. If you miss the opening tip, no problem, as you can do real-time wagering through Sports Betting Prime…… Open an account with a debit card, credit card, person-to-person transfers or the virtual currency of Bitcoin, which is fast and easy with their automatic system, and NEVER incurs a transaction fee!

NBA Betting — Pelicans Out to Complete 2-0 Florida Trip vs. Heat