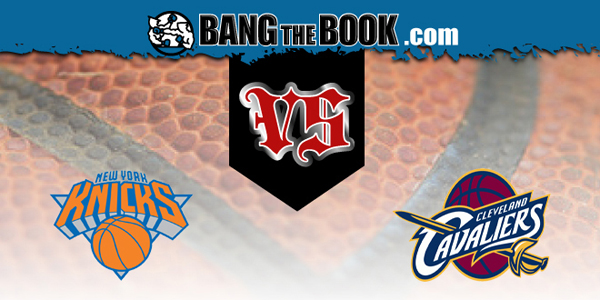 Was there any question whatsoever that the New York Knicks were going to present a huge challenge for their new coach, Tom Thibodeau? Somehow the team couldn’t find the right combination with any number of mentors, including Phil Jackson, who couldn’t quite make things work without some superstars to start with.

Thibodeau is trying to instill something of a “culture” of defense, and he may have at least part of that going in the right direction. The Cleveland Cavaliers are a team that is also “rebuilding,” and they will be the home team for this Tuesday night contest at the Quicken Loans Arena.

Tipoff is 7:05 PM ET, and BetAnySports customers know that they can get a better deal on the odds with reduced juice, and then stay right in the action with Sports Betting Prime.

The Cavs are off to a 3-0 start, and maybe this is a feather in the cap of head coach JB Bickerstaff, who always seems to be in a position to take over for a coach when he gets fired. I don’t know if this is part of the assistant’s culture (there’s that word again), to take jobs where the head coach is vulnerable. He has taken over in Houston (after Kevin McHale got the ax), Memphis (after David Fizdale was fired) and then Cleveland, where the players almost had a revolt against John Beilein, who had come to the job with only college experience, most recently at Michigan.

Maybe the young players are going to have a real impact, particularly a couple of guards from the SEC. Collin Sexton, who played a year at Alabama, is averaging 27 points in the first three games, while Darius Garland, from Vanderbilt, averages 19.

But the guy who may be the difference-maker is Andre Drummond, acquired in a trade with Detroit last season, who is a four-time NBA rebounding champion and was considered by some to be too old for this rebuilding project,even though he’s only 27. He is averaging over 20 points and 14 rebounds, and – here’s the surprise – he is hitting 61% of his free throws. And it is indeed a pleasant surprise for Cavs fans, who know that he has been historically bad at the line, making just 46% for his career.

The Knicks lost their first two games by double digits, then beat the Milwaukee Bucks by 20 points (130-110). How in the world did they do that? Well, they absolutely stymied the Bucks from three-point range (7-38, or 18.4%), while making 16 triples of their own. That is a 48-21 edge from downtown, and that tends to make a difference.

What the Knicks have done rather well is defend those three-pointers, allowing just 25%. Here is their misfortune – the Cavs have not been the kind of team to have to rely on making those long-range shots. In fact, only one team in the league has attempted fewer than that. yes, they are 43.4% from out there, but they have proven to be proficient with Drummond on the inside and people like Sexton, the point guard, penetrating.

Thibodeau’s team operates offensively a little like the Cavs, in that they don’t shoot a lot of threes (27th in the league), although they are fairly accurate with them. Where there’s a gap is that Cleveland can probably do a lot more on the inside, and they are one of the NBA’s best at shooting two-pointers, while the Knicks are not in the top twenty.

New York has Mitchell Robinson and Nerlens Noel in the middle, and they are useful players, but they will have their hands full dealing with an offensive-minded Drummond. Not that we’re all that sold with the Cavs, but we’re not in awful shape laying points with them here.

No one does basketball like BetAnySports! Enjoy special props on hoops, with reduced juice for better odds, and of course there is a lot of fast and furious action to be had after the opening tip with Sports Betting Prime……. Open an account with your debit or credit card, person-to-person transfers or the virtual currency of Bitcoin, which is fast and easy with their automated system, and NEVER incurs a transaction fee!