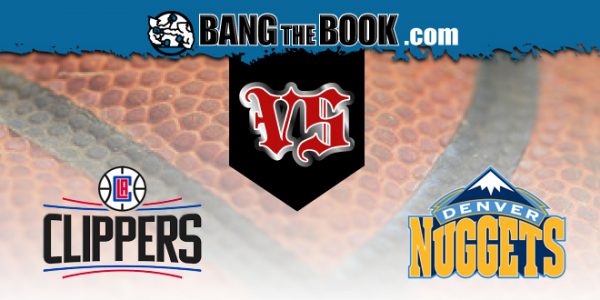 It’s “payback” time for the LA Clippers. Or is it?

Could there have been anything more painful for the Los Angeles Clippers, a team with such high expectations after the acquisition of Paul George and Kawhi Leonard, than to go up three games to one in a playoff series and then lose the series and be eliminated?

And who administered that blow? The Denver Nuggets, who they oppose on Christmas.

Many people felt the Clippers should have been the favorites to win the NBA title, but that aspiration on the part of owner Steve Ballmer came crashing down with a thud.

Then there was some ugliness. George threw coach Doc Rivers under the bus, accusing him of not bothering to make in-game adjustments as the team was faltering. Other players were feeling that way too. Rivers was, in the minds of many, scapegoated and sent packing. Ty Lue is the new coach. But Lue, as a Clippers assistant, was the guy who was responsible to make those adjustments George said weren’t made.

Maybe you can figure the whole thing out.

At any rate, the Clips opened the season strong, going up 20 over the Lakers after a quarter and winning it 116-109. George was sizzling, with 33 points on 13-of-18 shooting.

And so now they are set for their revenge moment on Christmas.

Denver lost the opener on its home floor, falling by a 124-122 margin in overtime against the Sacramento Kings.

Nikola Jokic is a monster. The center scored 29 points with 15 rebounds and 14 assists against Sacramento, and Michael Porter, who demonstrated in the bubble that he was ready to make the big leap, had 24 points. Both players had three blocked shots.

But it was Jokic who made the key turnover at the end, as Harrison Barnes stole the ball from him to set up the winning basket by Buddy Hield in overtime.

But with all of that having been said, you still stand a chance of going down when your big scorer has a lousy offensive night. Jamal Murray played 34 minutes but was just one for nine from the field. Obviously he has more to offer than that. He is priced at +2500 by the folks at BetOnline to be the top scorer on Christmas Day.

Denver bricked from downtown (28%), allowed the Kings to pull down 17 offensive rebounds and gave up 19 fast break points.

The Nuggets were not a highly-ranked defensive team to begin with (16th out of 30 NBA teams in Defensive Rating) and they lost tough defenders like Torrey Craig and Jerami Grant.

Another thing that is somewhat bothersome is that they give some hype to certain players and then elect not to use them. Ball-handling wizard Facundo Campazzo, who is a great passer and a long-time star in Europe, only got eight minutes of playing time. And Bol Bol, who seems to get a lot of buzz when the games don’t count, didn’t get on the floor at all. That was a “DNP-CD,” meaning that was a coach’s decision. There are expectations surrounding this Nuggets team. If coach Michael Malone can improve the situation but doesn’t, he’s going to be hitting the pavement.

If there is some kind of “mission” on the part of the Clippers to extract some revenge, you’re going to see the intensity manifest itself on the defensive end. And that is one area in which LA is well-equipped. And while it is true that Jokic is a handful, and Murray should shoot better, the Clippers will come out of this on the long end.

BetOnline has its great $20,000 Christmas NBA Parlay for Friday. Just pick the sides and totals for all five of the NBA games taking place and if you get all of it correctly, you could win or share in the $20,000 guaranteed prize! ……And don’t forget about Odds Booster, which is kind of a bonus in itself, as you can get greatly enhanced payouts on pre-selected parlays – every day of the week!