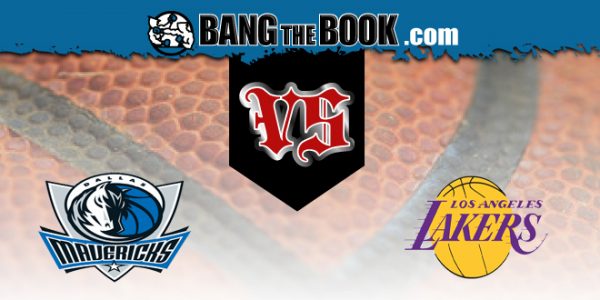 The Los Angeles Lakers were a disappointment, to put it mildly, in their opener against the LA Clippers. Understanding that it is very early in the schedule, there is quite a bit of time to get things right. But they have a chance to even up their record against a Dallas Mavericks team that is missing one of its stars.

It’s back at the Staples Center for this ABC-televised game on Christmas night.

The Lakers took it on the chin 116-109 against the LA Clippers in a game where they didn’t necessarily lay down, but were not in control at any point in the proceedings. In fact, they were down by a 39-19 count at the end of the first quarter, and that couldn’t have possibly been expected, considering that the Lakers were second best in the NBA last season in first-quarter point differential.

Yet there they were. And if you tuned in a little late, you may have thought that Marc Gasol was not activated for this game. But he was, in fact, the starter; you just couldn’t imagine a worse debit for any player, especially one who has been an All-Star and past recipient of the league’s Defensive Player of the year award.

Gasol had no points, no shot attempts, one rebound and five personal fouls in twelve minutes of play. That’s awful. “When you’re in foul trouble, you’re always then more cautious,” he said. “But I got in more foul trouble again and every chance I got to get in the game. But it can only get better from now. So, that’s definitely a positive.”

LeBron James and Anthony Davis had 40 points between them. In what had to be a really surprising stat, Dennis Schroder, the point guard who was acquired in the off-season and was runner-up for the Sixth Man of the year award with Oklahoma City, pulled down a dozen rebounds.

Meanwhile, the guy who DID win for Sixth Man of the Year, Montrezl Harrell, had an inspired first game as a Laker against his former team. Harrell had 17 points and ten rebounds off the bench, and he will be the anchor for a crew of reserves who could wind up the equal of any in the NBA this season.

LeBron was reportedly upset about not winning the MVP last season, and he even cried a little about it. The guy who may have had a better case was Dallas’ Luka Doncic, who averaged just a shade under 30 points a game and in fact came close to triple-double averaged as a second-year player (also 9.4 rebounds and 8.8 assists). And even while nursing a bad ankle, he came up huge in the playoffs.

The Mavs made a commitment to getting some “protection” for Doncic, who tends to get roughed up by opponents. James Johnson and Josh Richardson are hard-nosed players, although we might stop short of calling them “enforcers” as might be the case in hockey. It is worth mentioning that Johnson is an experienced pro kick boxer. Just sayin’.

One guy who is NOT an enforcer, but can do just about everything else, is Kristaps Porzingis, the 7-3 forward who posted averages of 20.4 points and 9.5 rebounds last season. A torn meniscus required surgery, however, and it will be a few weeks before he can possibly come back.

Dallas set NBA records for Offensive Efficiency last season, at least as long as those records have been kept. But defense is a challenge. Coach Rick Carlisle and owner Mark Cuban are working on it, but the Mavs were just 18th in the NBA in Defensive Rating last season. The Lakers can run, as we know. I’d expect a shootout, going OVER the total in this one.

BetOnline has its great $20,000 Christmas NBA Parlay for Friday. Just pick the sides and totals for all five of the NBA games taking place and if you get all of it correctly, you could win or share in the $20,000 guaranteed prize! ……And don’t forget about Odds Booster, which is kind of a bonus in itself, as you can get greatly enhanced payouts on pre-selected parlays – every day of the week!